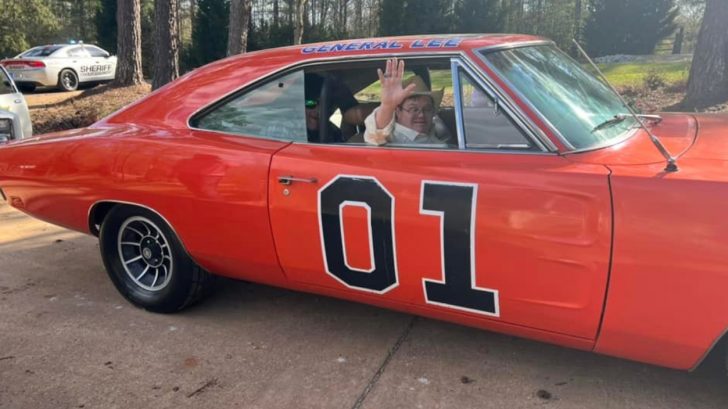 The LaGrange Daily News released a story of a local man with down syndrome getting the ultimate birthday surprise for his 50th birthday.

Rex McLaughlin, who lives with his mother, Sharon Spriggs, and step-father/best friend, Bubba Spriggs, was home with multiple family members for his birthday, including his younger sister, April McLaughlin Box.

April was recording from her phone when her husband Brad Box, who was dressed up like the Dukes of Hazzard’s Luke Duke, ushered Rex to step outside, telling him that “the sheriff is hot on their trail,” a famous line said in the actual Dukes of Hazzard TV show.

The show is one of Rex’s favorite TV shows, in fact, they say he pretty much lives to watch the TV Land channel every day, also watching the Flintstones, Gunsmoke and The Price is Right.

As Rex walked out the front door and into the yard, he found a real-life Dukes of Hazzard’s General Lee car sitting on his property. There was also an authentic copy of Sheriff Rosco Coltrane’s car there, as well as another cop car as an escort.

Rex’s eyes lit up and the party was on!

He hopped into the General Lee car with “Luke” living out his TV show fantasy as they escaped Sheriff Rosco before meeting up with more friends and family members who were all dressed up as characters of his favorite TV shows.

Watch The Incredible Surprise Video Below