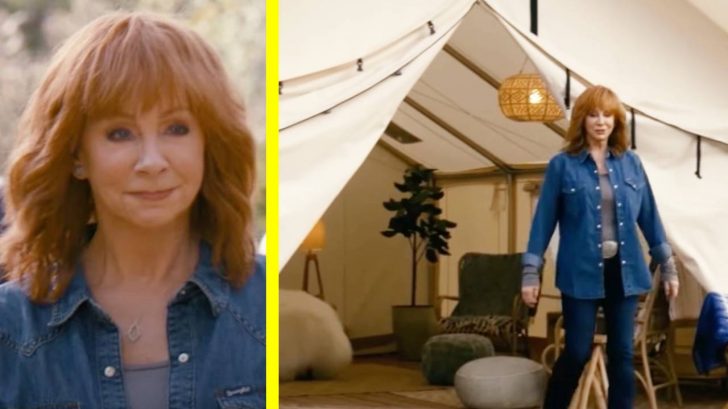 For years, fans have been wanting to see country legend Reba McEntire back on television. She struck gold with her sitcom Reba and fans got a tease of her back on TV during her short-lived show Malibu Country.

There was a moment a few years ago where she was slated to helm her own ABC drama, but it never came to fruition. She even filmed the pilot, and was spotted in costume as a sheriff during this time.

On May 16th, fans could finally celebrate because it was announced that McEntire had joined the cast of the ABC drama Big Sky as a series regular!

In that announcement, we found out that she would be playing a character named Sunny, which Variety described as “the mercurial matriarch of the Brick Family, a successful backcountry outfitter with a secret history of missing customers.”

Turns out, that information wasn’t entirely correct! As two teasers have officially dropped, we can put some things together about McEntire’s character:

1. Her name is Sunny Barnes, Not Sunny Brick

Deadline first announced her character’s name as Sunny Brick, but her name is actually Sunny Barnes!

2. Her Onscreen Husband is Played by Real-Life Boyfriend Rex Linn

Rex Linn is a successful actor in his own right with credits going back to 1987. He and McEntire have been dating for two years and are starring in the upcoming Lifetime movie The Hammer together, and apparently they enjoyed working together so much, they’re doing Big Sky together too! Linn’s character’s name is Buck Barnes.

“We’re having a blast,” McEntire told Deadline. “We’re still in the middle of shooting. We were on set last night [August 11] and there was a full moon. I think we broke around 12:54 a.m. Mountain time. “It was a long night but so beautiful. We are really loving it.”

3. Sunny is a Rodeo Queen

In a promo posted to McEntire’s Instagram on Tuesday (August 23), Sunny introduced herself as a former barrel racer and rodeo queen! Perhaps they took some inspiration from McEntire’s real life, seeing as she was a barrel racer herself and was discovered as a singer at the rodeo.

Based on the August 4th teaser trailer, Sunny has a sinister-feel about her and all signs point to mischief with her business. We meet a hiker who goes missing and based on nothing at all, we 100% think McEntire’s Sunny has something to do with it. But why?!

Additionally, in the Instagram teaser, Sunny says, “Get lost in the endless streams and trails,” with footage of a hiker getting literally lost and going missing.

Then, she says, “See some incredible local wildlife,” with a hiker discovering a dead coyote.

Finally, she says, “Take in stunning views sure to stop you dead in your tracks.”

If that last line doesn’t give you the chills, we don’t know what will! Big Sky: Deadly Trails premieres on September 21st.

See the teasers below.