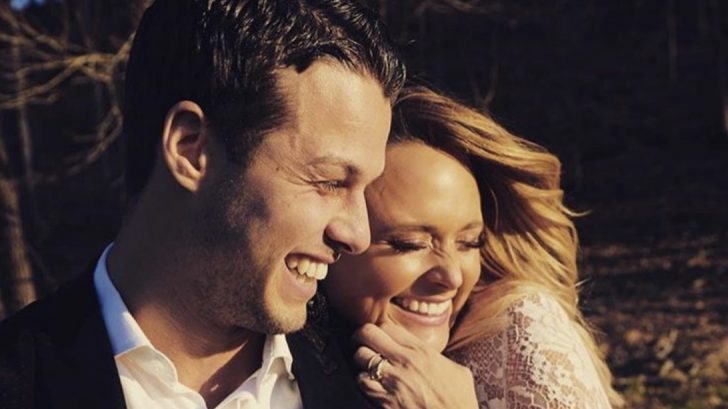 Miranda Lambert sure knows how to keep a secret! The Grammy award-winning country star revealed on February 16th, 2019 that she had remarried. The news came as a shock to fans who didn’t even know she was in a relationship. Lambert shared the news on social media along with two photos from her top-secret wedding.

“In honor of Valentine’s Day I wanted to share some news. I met the love of my life. And we got hitched! My heart is full. Thank you Brendan Mcloughlin for loving me for…. me,” Lambert wrote.

So, who is Brendan McLoughlin? We’ve found some answers for you, and we must say….he sounds like a keeper!

Brendan McLoughlin is originally from Staten Island, New York, and is a New York City police officer in the Midtown South precinct. It’s unclear how long he’s been an officer, but he appears to be a good one! In March 2018, his precinct congratulated him after he apprehended a bank robbery suspect.

“This week these fine officers showed what we do best in #Midtown. PO McLoughlin apprehended perpetrator in a bank robbery in progress & PO Donato had a pick up arrest of a truck burglary closing out several open complaints.”

This week these fine officers showed what we do best in #Midtown. PO McLoughlin apprehended perpetrator in a bank robbery in progress & PO Donato had a pick up arrest of a truck burglary closing out several open complaints. Job well done guys!! #ItsWhatWeDo #NYPDprotecting pic.twitter.com/7SooN2O9GS

He Was Once A Model

When McLoughlin was just 19-years-old he pursued a modeling career. His profile on the website Model Mayhem reveals a shirtless photo and details that the handsome cop is 5’11” and “is all American boy/ Abercrombie/ sporty but I’m open-minded, so feel free to network with me, share your ideas, and organize sessions.”  His profile also states that he is now 28-years old, making him 7 years younger than his new bride.

If the photo above isn’t enough proof, Brendan is in great shape! In 2015, he won first place in a memorial 5K race!

According to a new report from PEOPLE, Miranda met her future hubby in November 2018 when she and her Pistol Annies bandmates appeared on Good Morning America to promote their third studio album, Interstate Gospel.

GMA films in Times Square where McLoughlin works, and a source close to the couple told PEOPLE that this was when Lambert and McLoughlin first met.

Hours before the newlyweds went public with their news, they stepped out in the SoHo district of New York City. And, we must say, Miranda, is glowing. With their wedding bands on full display, the couple was spotted by fans who said, “They looked happy and natural holding hand and strolling the sidewalk.” The onlooker told PEOPLE, “She was beaming and protectively holding her ring finger. They looked like a couple going on a date in the city.”

Congratulations to Miranda and Brendan!