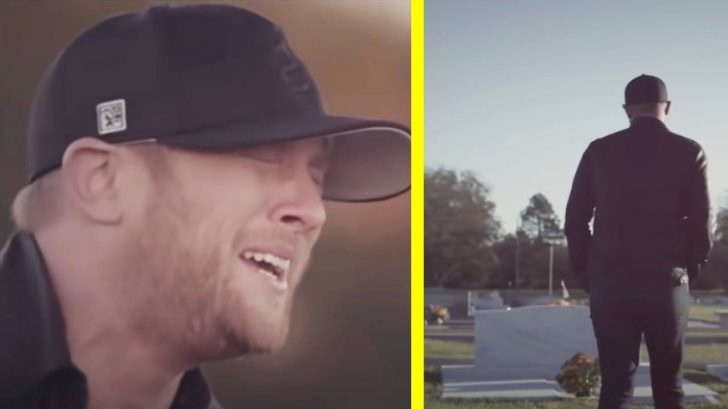 While sitting on his tour bus in the parking lot of Gillette Stadium, Cole Swindell and songwriter Ashley Gorley penned a song that would eventually go 2x platinum for the country singer. Titled “You Should Be Here,” Swindell wrote it about the sudden loss of his father in 2013.

The music video began with a recording of Swindell calling his father just a few months before he passed away, to tell him he signed a record deal with Warner Music. He emotionally sings, “You should be here, standing with your arm around me here / Cutting up, cracking a cold beer / Saying cheers, hey y’all it’s sure been a good year / It’s one of those moments, that’s got your name written all over it / And you know that if I had just one wish it’d / Be that you didn’t have to miss this / You should be here.”

For so many years, this song has been associated with his father’s passing, but when his mom, Betty Carol Rainey, died on Monday, September 13, it took on a new meaning. Swindell posted the news of his mom’s passing to his Instagram story on the 13th. He was flying home to Georgia from being on tour with Thomas Rhett, and snapped a photo of the sky while on the airplane.

“Took this on the flight home to Georgia this afternoon,” he wrote on the photo. “Lost my sweet Mom today. I know she’s up there. Gonna miss her so much.”

Just five days after his mom passed away, and three days after the funeral (which took place Wednesday September 15), Swindell was back on the road, telling the crowd that’s what his mom would have wanted.

He asked the crowd to put their phone lights up in the air and when they did, he said, “That looks like heaven.”

Swindell asked the crowd to help him sing “You Should Be Here” for his mom…and it will give you chills and likely bring a tear to your eye. Watch the emotional moment that Swindell will likely never forget, below.