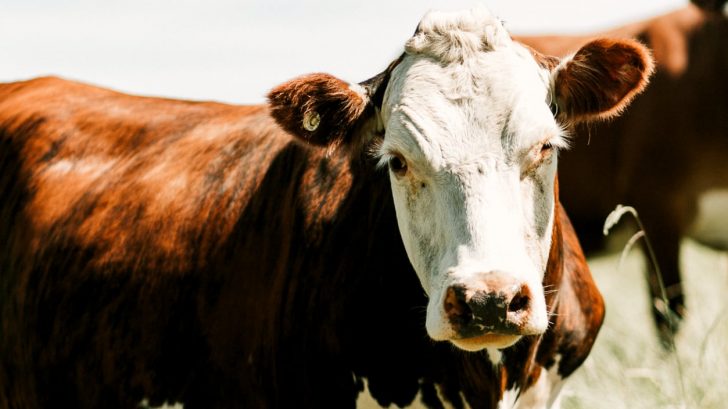 Photo by James Coleman on Unsplash

***WARNING: THIS ARTICLE CONTAINS CONTENT THAT MAY DISTURB SOME READERS***

Over the summer, the folks that run the Silvies Valley Ranch in remote eastern Oregon were stunned and heartbroken to discover that five of their bulls had unexpectedly passed away.

But the bulls didn’t die due to some untreated illness. And they weren’t attacked by another animal. Rather, they were found with missing body parts and were drained of all of their blood.

The ranch’s vice president, Colby Marshall, led Northwest News Network’s Anna King to the resting place of one of the bulls. She described the scene in an article published by NPR:

“The bull looks like a giant, deflated plush toy. It smells. Weirdly, there are no signs of buzzards, coyotes or other scavengers. His red coat is as shiny as if he were going to the fair, but he’s bloodless and his tongue and genitals have been surgically cut out.”

Marshall told King that the dead bulls were worth $6,000 each, since they were top breeding animals.

Several carcasses drained of blood have been discovered in recent months, with body parts removedhttps://t.co/ICYYZcA6h8

This isn’t the first time that something like this has happened. Two years ago, near New Princeton (200 miles south of Silvies Valley Ranch) Andie Davies found one of her cows cut up in a similar fashion. She was also drained of all of her blood.

And back in 1980, Terry Anderson of Pendleton, Oregon, found one of his mother cows dead on top of a mountain. Her udder had been removed.

“And not one drop of blood anywhere,” Anderson told NPR.

Harney County Sheriff’s Deputy Dan Jenkins has been investigating the more recent deaths of the five Silvies Valley Ranch bulls for months, but has no strong leads. He told NPR he has ruled out a few things: the bulls weren’t attacked by wolves, cougars, or bears, they were not shot, and they did not eat poisonous plants.

In remote eastern Oregon, a serial crime is unfolding. Someone is killing purebred bulls. And they're doing it with a level of cruel precision that's frightening to both ranchers and law enforcement.https://t.co/zi3yft3hUP

Jenkins has gotten many calls about the case, with some callers suggesting that maybe an otherworldly being is to blame for the bulls’ deaths.

“A lot of people lean toward the aliens,” Jenkins said. “One caller had told us to look for basically a depression under the carcass. ‘Cause he said that the alien ships will kinda beam the cow up and do whatever they are going to do with it. Then they just drop them from a great height.”

One thing is certain, the bulls’ cause of death is a true mystery. Silvies Valley Ranch is offering a $25,000 reward to anyone with information that can help in the case.

Watch King participate in an interview about the deceased bulls below. What do you think happened to them?