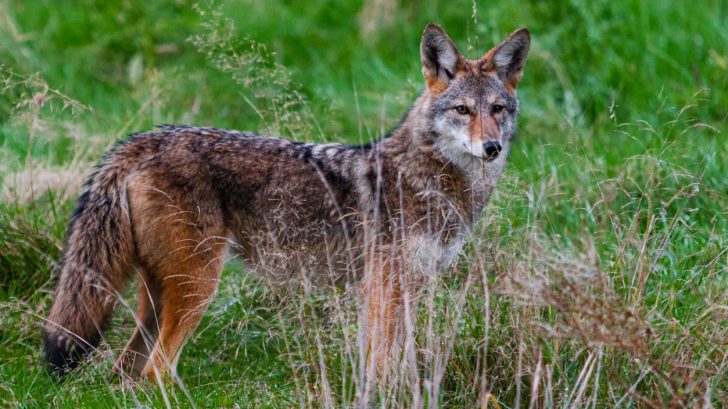 A local Canadian man was attacked by multiple coyotes in a Vancouver-area park this weekend after he crashed his scooter into one of them.

According to NEWS 1130, the 44-year-old man was riding an electric scooter in Stanley Park late on Sunday night. It was shortly before midnight when he and a coyote accidentally ran into each other, stunning the coyote and leaving the man injured.

A friend said Friday’s waves at windy English Bay in #Vancouver were the biggest he’d ever seen. This stunning photo of the Stanley Park Seawall by Roger Larry @Facebook helps confirm that. @WestEndJournal pic.twitter.com/rsQO6SQu4r

While he was laying on the ground, two coyotes began biting and tugging at his clothes. He then began fighting off the coyotes and punched one of them in order to prevent further injury from the wild animals.

The man then flagged down another passerby and had them call for police and emergency services.

The report states that officials tended to him, but does not say if he had any injuries or needed to be seen by a hospital for treatment.