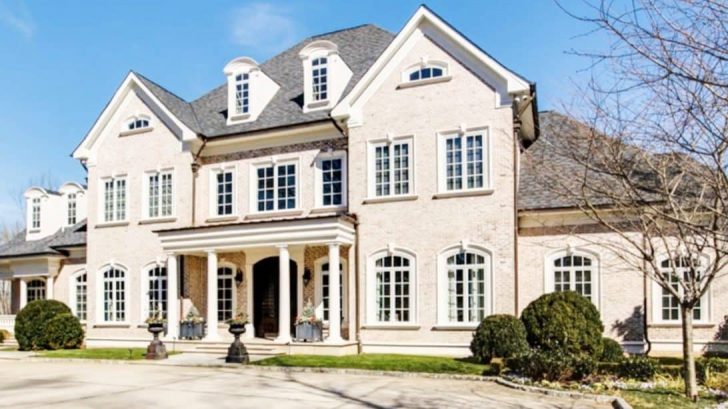 Kelly Clarkson and her now-ex-husband Brandon Blackstock purchased a 20,121-square-foot mansion in Hendersonville, Tennessee in the fall of 2012.

They lived there for several years with their kids Savannah and Seth, who are Blackstock’s children from a previous relationship, and River and Remington, born in 2014 and 2016, respectively.

The home boasts seven bedrooms, 11 bathrooms and sits on 4.06 acres right on the Cumberland River!

The home also has a pool, outdoor dining, a wet bar, in-law quarters, wood burning fireplaces, a recreation room, a jungle gym, a theater, gorgeous entryway, sand volleyball court, and a deepwater dock in the back.

“When you come in the front door, it’s elegant, it’s breathtaking,” listing agent Jack Miller said. “But then when you come through the formal spaces, it transitions quickly and comfortably to a very livable but still very upscale space. All the rooms are large but not museum-like.”

Because of Clarkson’s job on The Voice, her talk show, as well as other projects, she and her family moved to the Encino area of Los Angeles. She first put the Nashville mansion on the market on March 3, 2017 for $8.75 million.

According to the Zillow listing, the mansion finally sold – over four years after initially putting it on the market – for $6.3 million, which is $2.45 million under what she initially asked. The listing says the sale was finalized on June 17, 2021.

Take a tour of Clarkson’s newly-sold estate below.