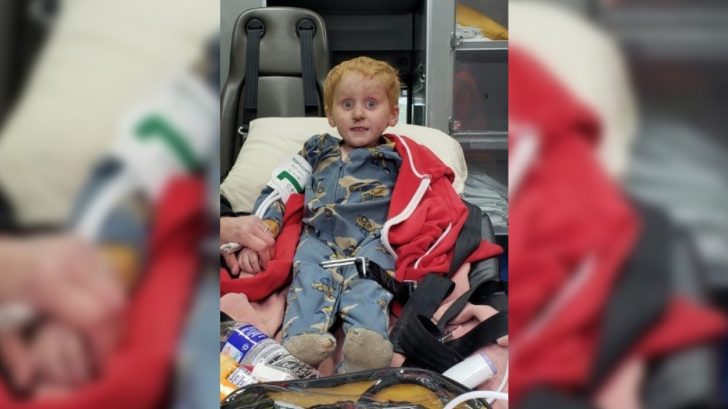 According to the Lincoln County Sheriff’s Office located in Montana, a 4-year-old boy was found alive after surviving two days in the wilderness, enduring cold, 40-degree temperatures.

The 4-year-old boy, Ryker Webb, was found on Sunday unharmed but “hungry, thirsty and cold” after a two-day search party was looking for him.

The boy was said to have gone missing just before 5pm on Friday by a neighbor who was concerned about his whereabouts. The neighbor told police that the boy had been playing in his yard with the family dog, which is located just south of Troy, Montana on the east side of Bull Lake.

He was said to have been alone however when he wandered off the property and into a wooded area. It wasn’t long after that the temperature dropped to into the 40s and the area began to get hit with heavy rainfall and thunderstorms.

According to the sheriff’s office, at one point, the aerial search teams had to turn back due to “very poor weather conditions which consisted of rain, low visibility, and low ceiling.”

On top of that, dense vegetation also made it very difficult for the 53-person team to find the boy. However, even with all the obstacles, fortunately, he was found about 2.4 miles from where he went missing in Sanders County.

He “was in good spirits and apparently healthy, although hungry, thirsty, and cold,” the sheriff’s office said.

Ryker was quickly taken to the Cabinet Peaks Medical Center for a medical evaluation. Lincoln County Sheriff’s Office posted a picture of the boy in the back of an ambulance wearing only pajamas, having a bloody nose, and looking like he’d had the life scared out of him.