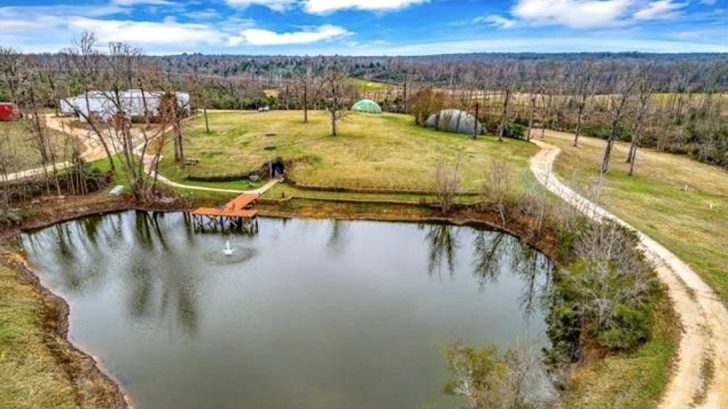 A unique and colorful home recently went up for sale in Texas, and it’s something worth looking at for anyone who appreciates one-of-a-kind architecture, even if you’re not in the market for a new place to hang your hat.

Located on 40 acres in Buffalo, Texas, this 3,000-square-foot home was built completely underground. An arial view makes it nearly impossible to tell that a home even exists on the property. The only clues that there are living quarters nearby are the above-ground shops and garage.

The home was originally listed for $2.25 million and the listing agent admits that it’s going to take a very special buyer to want to move into this 3 bedroom, 2 bath space. Not only is the home underground, but the interior is covered in ornate murals.

“It’s going to take somebody very eclectic that wants to purchase a house—because it is out there,” said agent Terri Alexander.

Built in 1999, the owner Glenn Young wanted both privacy and to prove a point to those who advised him not to build a dome house underground.

“He did it anyway,” Alexander says. “And 20 years [later], he’s had to really put no maintenance in this house, and it is solid as a rock.”

While building the dome-shaped home was surely a challenge in itself, choosing how to decorate the interior was most likely just as challenging. Young enlisted the help of three different artists to cover the interior with colorful murals, giving most of the rooms their own theme. Room themes include an Acapulco beach theme, an Egyptian room, a space room, a Mayan room, and an ocean room. And, the bathroom resembles an ancient temple. 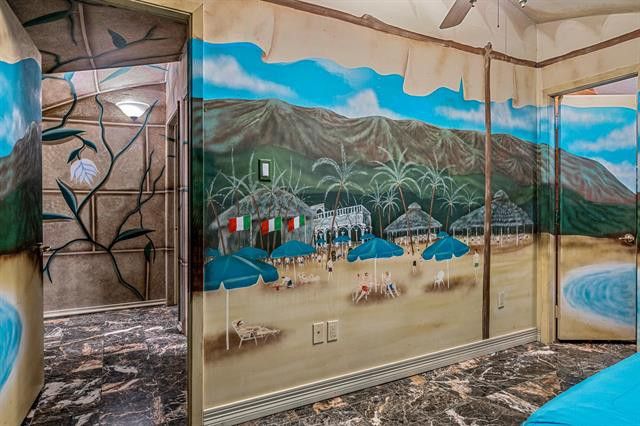 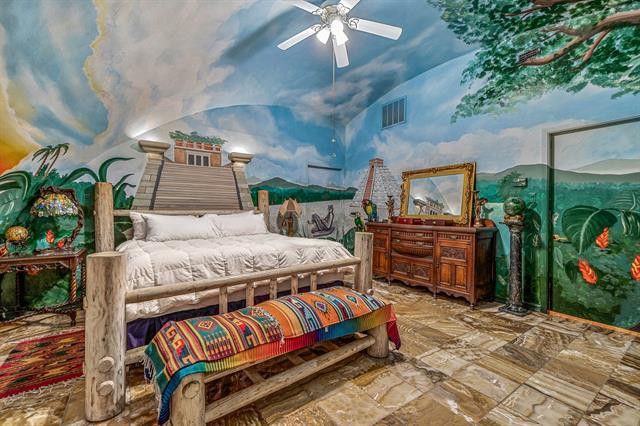 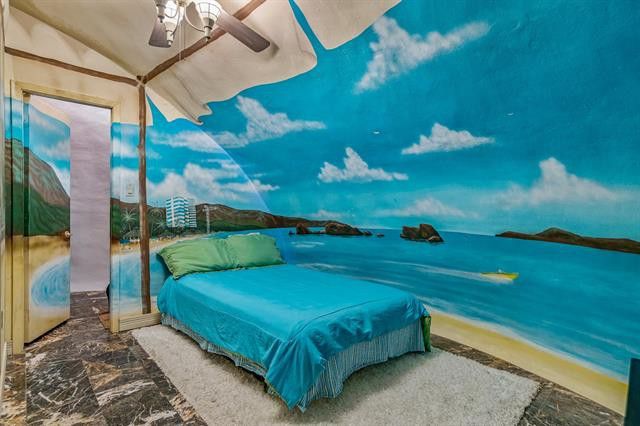 For potential owners concerned about the lack of natural light and fresh air, Alexander said she was pleasantly surprised at the comfort of the home.

“When I first saw it, I was concerned I would feel closed in and disconnected,” she says. “I was really relieved to find that’s not how it felt at all. I have a tendency to be claustrophobic, so I was concerned that I would get in there and slightly panic, and I didn’t. It was actually comfortable.”

Air circulators help keep the indoor temperature around 72 degrees without the need for air conditioning or heating. The home is connected to utilities, but could easily be converted to an off-the-grid home. Take a virtual tour of this home in the video below and click here for more photos.