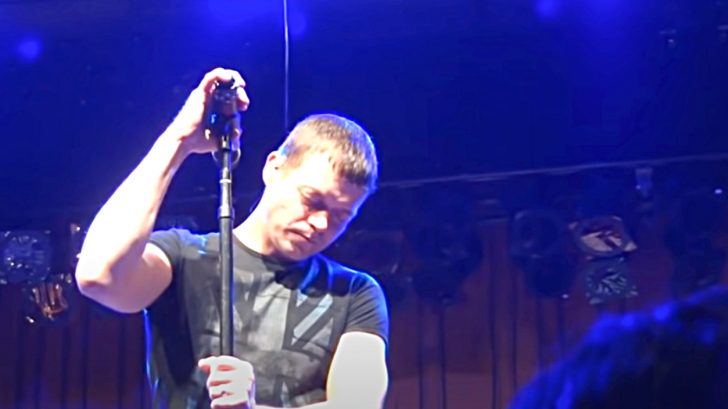 Since emerging from the post-grunge rock band era in 1996, 3 Doors Down has managed to maintain prominence through a series of international hit songs. They got their rise to fame with their first single, “Kryptonite” which took a top spot on the Billboard Hot 100 chart. Not long after, the band released their debut album, The Better Life and it became certified 6x platinum in the U.S.

"I took a walk around the world to
Ease my troubled mind
I left my body lying somewhere
In the sands of time."

In early 2017, the band even performed their career-defining song “Kryptonite” at the inauguration of Donald Trump.

While 3 Doors Down themselves may not record any country music, they are still fans of the genre. Most importantly, they are major fans of Garth Brooks! The rock band covered the country singer’s emotional ballad, “The Dance,” back in 2014 with an overall masterful result.

“This next song,” said band frontman Brad Arnold, “is my single favorite song that has ever been written…If we don’t get it exactly right I’m sorry, but I want this song played at my funeral.”

Arnold backed by his fellow bandmates then rolled into a tear-jerking cover of “The Dance” that would break even the coldest of hearts. They maintained the essence of Brooks’ country ballad while adding their own grungy twist.

You can watch their rendition of “The Dance” in the video below!