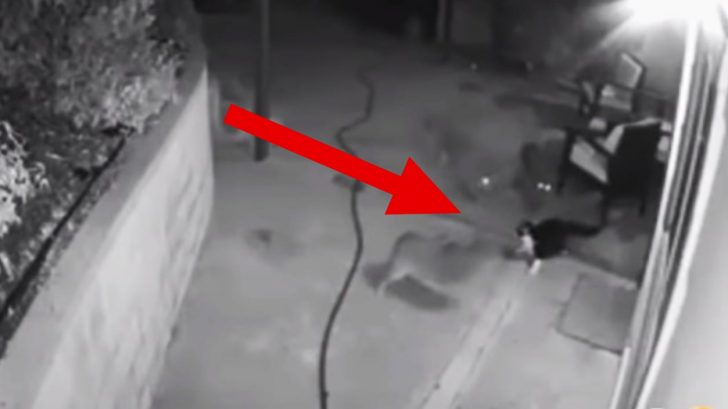 Nature can be brutal.

It’s unfortunate, but there are many stories of coyotes killing and eating domestic animals such as cats and small dogs. As people move in to coyotes’ habitats and food sources become scarce, the animals may go after pets in order to fill their hungry bellies.

In January 2020, a trio of coyotes pursued a cat named Max, and it seems Max would have been on the menu if it wasn’t for his bravery.

Max lives with his owners, the Gurrins, in the Los Angeles neighborhood of Highland Park. One evening, the Gurrins were watching a movie while Max roamed around outside.

While in the yard, Max came face-to-face with three coyotes and found himself in a fight for his life. The Gurrins’ home security camera caught the entire scuffle on film.

WOW: She didn't realize just how epic Max the cat's fight with the coyotes was until she watched security camera footage of the incident.https://t.co/f9VHAB1VoQ

Maya Gurrin told CBS Los Angeles they realized something was going on when they noticed “a shadow of a tail” outside their window. They rushed outside to find their beloved cat in a face-off with the three coyotes.

“[They] were completely surrounding him,” she said..

Maya and her husband managed to scare the coyotes away and brought Max to safety. When they checked their security footage, they were stunned to discover Max was fighting the coyotes for quite some time before they stepped outside.

The footage shows Max running at the coyotes whenever they inched closer to him. He even pounced at them as he stood his ground and defended himself. “I couldn’t believe it,” Maya said. “We’re still shocked.”

Maya and her husband know that Max was lucky. “You don’t see videos like that,” Maya said. “You see them getting eaten. It could have been so different.”

Even though Max survived this coyote encounter, the Gurrins aren’t taking any risks from this point forward. They now plan to keep him inside more often than not.

You can watch Max defend himself against the three coyotes by tuning in to the news report below. He was so brave!