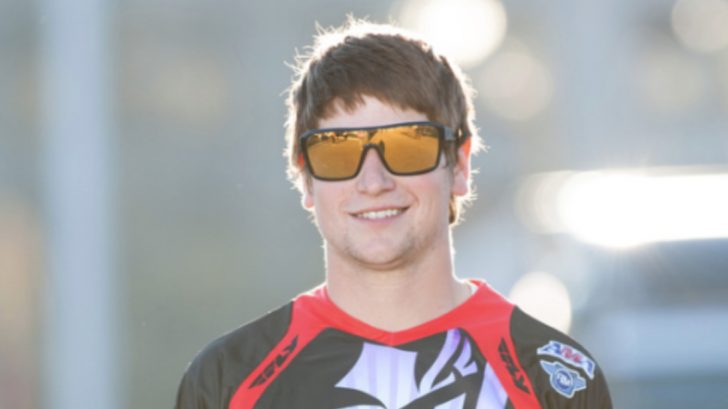 28-year-old daredevil Alex Harvill has died. Harvill died Thursday while practicing a motorcycle jump in which he was hoping to break a world record.

The accident took place Grant County International Airport in Moses Lake, Washington, according to the Grant County Coroner’s Office. Harvill was scheduled to attempt the world record jump during Thursday morning during the Moses Lake Airshow, but was injured while warming up prior to the record attempt.

Harvill had hopes of breaking the distance record for longest motorcycle jump, set at 351 feet by Robbie Maddison in March 2008.

“We regret to report today at our first event of the airshow — the Guinness World Record Jump Attempt, Alex Harvill was injured during his warm-up before the jump and has been taken to the hospital,” the Moses Lake Airshow wrote on its Facebook page. “We do not have more information at this time regarding the incident.”

Video taken at the Moses Lake Airshow shows the Harvill launch off the ramp during a warm up run and come up short, crashing into the side of a large dirt mound. Harvill was sent flying over the handlebars and flipping “dozens of feet forward.” First responders took the motorcyclist to the hospital where he was pronounced dead.

Harvill, who was born in California, was an experienced rider who had numerous accolades to his credit, including a world record jump. At the age of 19 he shattered a ramp to dirt record of 392 feet by landing a 425-foot jump on May 12, 2012. He also boasts the longest dirt to dirt motorcycle jump at 297 feet, a record he set at Horn Rapids Motorsports Complex in West Richland, Washington.

Alex Harvill is survived by his wife Jessica and his children, 5-year-old Willis and newborn Watson. Our thoughts and prayers are with his family during this heartbreaking time.