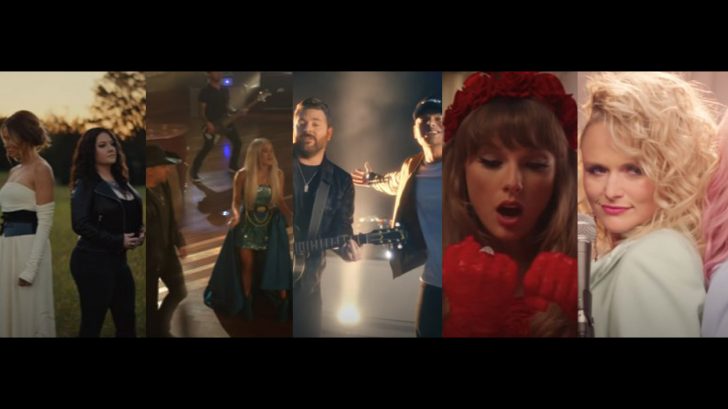 The 2022 Academy of Country Music Awards was truly a star-studded event! Taking place at Allegiant Stadium in Las Vegas on March 7th (available to watch on Amazon Prime), the awards show was hosted by none other than country legend Dolly Parton, alongside Jimmie Allen and Gabby Barrett.

Video of the Year is one of the many sought after awards of the show. This year’s nominees were:

“Drunk (And I Don’t Wanna Go Home),” Elle King and Miranda Lambert
“Famous Friends,” Chris Young and Kane Brown
“I Bet You Think About Me (Taylor’s Version),” Taylor Swift featuring Chris Stapleton
“If I Didn’t Love You,” Jason Aldean and Carrie Underwood
“Never Wanted to Be That Girl,” Carly Pearce and Ashley McBryde

It was during the live Red Carpet coverage that the winner was announced! Big congratulations to Miranda Lambert and Elle King for “Drunk (And I Don’t Wanna Go Home).”

Rocker Elle King joined Miranda Lambert in their fun video for “Drunk (And I Don’t Wanna Go Home).” This isn’t Elle King’s first country awards show nomination. She’s been previously nominated for Musical Event of the Year for her duet with Dierks Bentley to “Different for Girls” at both the CMA Awards and ACM Awards. The music video for said song also earned her nominations at the CMT Music Awards too. She and Dierks won the CMA award. King was also nominated for Musical Event of the Year at the CMAs and ACMs for “Fooled Around and Fell in Love” which she also recorded with Lambert.

Congratulations again to the duet partners – it is well-deserved!