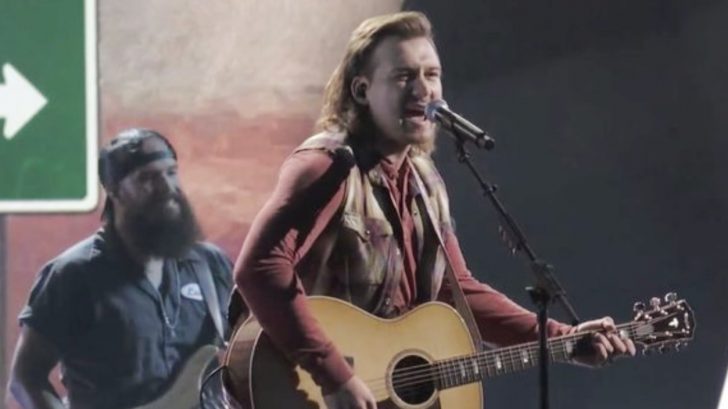 In October, Morgan Wallen said he was taking a step back after being called out for partying in the current world environment. Wallen was scheduled to be Saturday Night Live‘s musical guest on October 10, but due to his actions, his performance was postponed.

Wallen addressed his fans in an apology video, saying, “And, on a more personal note, I think I have some growing up to do. You know, I think I’ve lost myself a little bit. I’ve tried to find joy in the wrong places, and, I don’t know, it’s left me with less joy.”

He vowed to take some time away to “go work on [himself].”

Wallen made his first public appearance post-apology to perform his single “Chasin’ You” at the CMT Music Awards on October 21.

Just a few weeks later, it was announced that Wallen would also be performing at the 2020 CMA Awards on November 11. Since he sang “Chasin’ You” not long before, Wallen picked another single to share at the CMA Awards, and that single was “More Than My Hometown.”

“More Than My Hometown” was released in May 2020 as the lead single off of Wallen’s unreleased second studio album. The song claimed the fourth spot on the Hot Country Songs chart and has been certified Gold by the RIAA.

For the second year in a row, Wallen was nominated for the CMA’s New Artist of the Year Award. And this time, he won it! The success of “More Than My Hometown” certainly contributed to him landing that nomination and win, so it seems fitting he performed it during the awards ceremony.

Wallen performed in front of a stunning backdrop depicting a bunch of trees displaying bright fall colors. The background kept switching throughout the performance, seeming to portray the change in the seasons.

As for Wallen’s vocal performance, it was soft, but passionate. “More Than My Hometown” is a personal song for him, since he co-wrote it. Because he can connect so strongly to the lyrics, it’s surely an emotional experience for him whenever he sings it.

Did you miss Wallen’s performance when it aired during the CMA Awards? You can catch it in the video below!