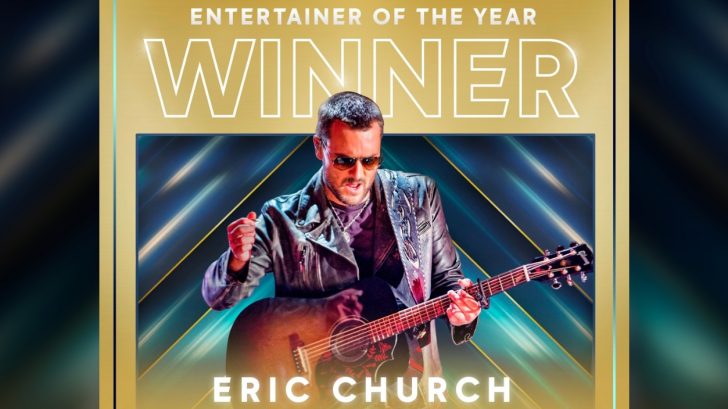 To say that the Entertainer of the Year Award at the 2020 CMA Awards was the biggest award of the night would be an understatement. It’s been the most-talked about award for months now, mostly due to Garth Brooks removing his name from consideration.

On July 29, Brooks revealed to fans during a Facebook Live that he would be permanently taking himself out of consideration for CMA’s Entertainer of the Year Award, which he has taken home a record seven times the last being in 2019.

Brooks said, “You pretty much saw what happened after the CMAs, all the way through the new year. It got a little — it wasn’t fun, let’s put it that way. The last thing I want to do is seem ungrateful, but it’s time for somebody else to hold that award … ’cause they’re all out there busting their butts.”

He is referring to the backlash he received after Carrie Underwood, the only female nominated in 2019, did not win after the entire awards show was dedicated to celebrating women in country music.

This year, two women are nominated – Underwood and Miranda Lambert – alongside Eric Church, Luke Combs, and Keith Urban. Since most of the year’s live concerts were cancelled due to COVID-19, many artists shifted to putting out content online, which is likely what members of the association voted upon.

Hosts Reba McEntire and Darius Rucker walked on stage at Music City Center to present the night’s final award, which had everyone on the edge of their seats.

When they read off Eric Church’s name, the whole crowd – which just comprised of the performers, nominees, presenters, and their guests – went wild. Fellow nominee Luke Combs jumped to his feet to hoot and holler for Church.

And last but certainly not least, your 2020 #CMAawards Entertainer of the Year is…@EricChurch! This is his first time winning in this category and we couldn't be more thrilled for him! Congrats to all of tonight's nominees and winners!?? pic.twitter.com/BFd9gopD0N

This win has been a long-time coming for The Chief, who has proved year after year why his name deserves to be thrown in the ring. Now, he’s won it!