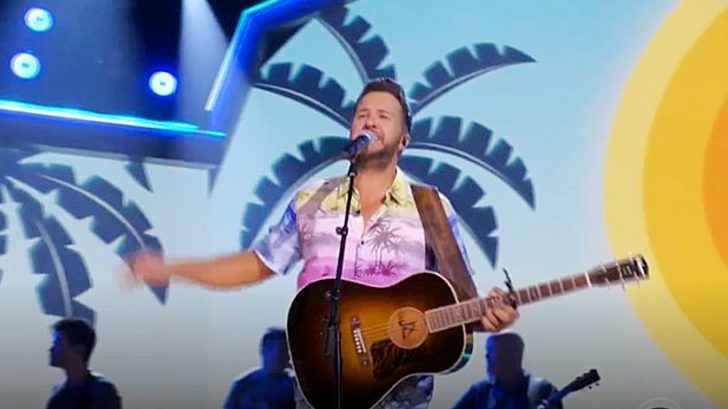 Luke Bryan performed his hit song “One Margarita” from The Grand Ole Opry during the 2020 ACM Awards tonight.

@lukebryan will be performing live from the @opry for the 55th #ACMawards! Catch the ACM Entertainer Of The Year Nominee and more for a 'Night of Heart and Hits' on @cbstv Wednesday, September 16th at 8/7c!

“One Margarita” was released to radio on April 13, 2020, and was the third single from Luke’s seventh studio album, Born Here, Live Here, Die Here. The song topped the Billboard US Country Airplay chart at number one and reached number two on the Billboard US Hot Country Songs.

Luke Bryan is nominated for Entertainer of the Year along with Eric Church, Luke Combs, Thomas Rhett, and Carrie Underwood.

This is the first time in its 55-year history that the ACMs were held in Music City! The country music award show began in Los Angeles, California until 2003 when it made the move to Las Vegas, Nevada. From 2003 on Las Vegas was consecutively the awards show home, with the exception of the 2015 50th Anniversary of the ACMs that were held in Arlington, Texas.

The 55th ACM Awards were scheduled to take place in Las Vegas in April 2020, however, the pandemic forced the show to be rescheduled to September 2020 in three all-new locations!

Watch Luke Bryan’s ACM performance of the 2020 summer anthem “One Margarita” live from the Opry below!

.@LukeBryanOnline brought the heat for his performance of #OneMargarita at the #ACMawards! ? You do NOT want to miss any more, turn on @CBS now. pic.twitter.com/Ff8GUbG2zs