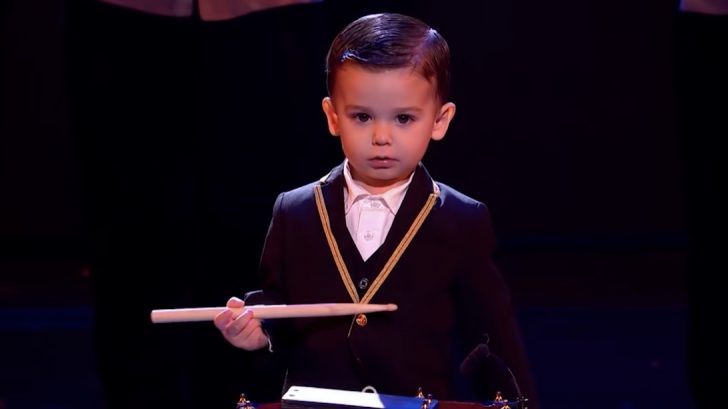 For fourteen seasons, America’s Got Talent has brought us a one-of-a-kind talent show that has taken ordinary individuals and groups with incredible talents and made them into stars. From singers like Kodi Lee, Bianca Ryan and Grace Vanderwaal to ventriloquists like Terry Fator and Darci Lynn Farmer, AGT has seen a range of talents coming from a broad rage of ages. But, we think we’ve found one talented kiddo unlike anything America has ever seen before.

The toddler was carried to the stage by his dad and set in front of a snare drum and block. The audience was warned ahead of time not to clap or cheer for little Hugo lest he get scared and refuse to play. As Hugo takes his place, it seems that the crowd wasn’t sure that the tot would come through. Thankfully, with the support of his dad, Hugo didn’t miss a beat as he began to drum along with a track playing a march.

“How do we play the drums, Hugo?” his dad asks as the music for Semana Santa, a traditional Easter week fiesta parade march, begins to play. Hugo effortlessly begins to strike the drum in perfect rhythm with a skill unlike anything we’ve seen from a child his age before.

The only thing better than Hugo’s drum playing was the reaction of the judges and the audience who couldn’t hide their shock.

Throughout the entire Spain’s Got Talent season Hugo continued to impress and eventually was crowned the winner, making him the youngest in the history of the show. Watch Hugo Molina’s Spain’s Got Talent audition in the video below.