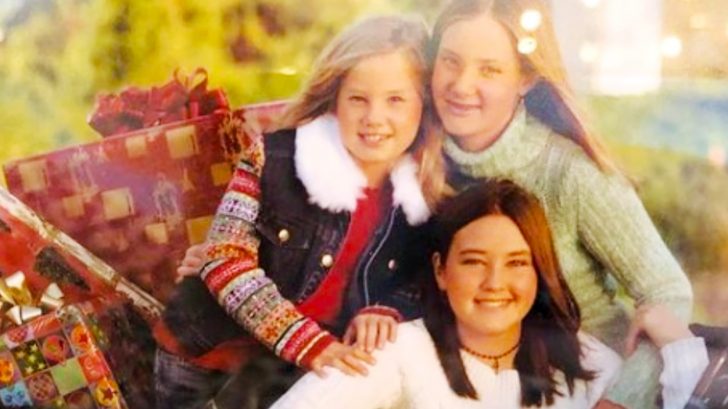 The three girls have often appeared with their father in public. They have been by his side for many notable events, including when he received a star on the Hollywood Walk of Fame in 2010.

It turns out that the Jackson girls have a long history with cars. This is something that Mattie showcased through a photo slideshow she shared on her Instagram.

The eldest Jackson daughter posted three pictures, starting with a new, more current snapshot of her and her sisters. This picture shows the sisters posing in front of a truck with a bunch of poinsettias in the bed.

Mattie followed up with two throwback photos. These past pictures show Mattie, Ali, and Dani as kids when they took other Christmas pictures in cars.

“A very Merry Christmas from the Jackson girls!!” Mattie wrote in the slideshow’s caption. She referenced how taking photos in cars seems to be their thing, writing, “Been posing in cars since 2000.”

Look below to see the new and old photos Mattie shared of her and her sisters. They were such beautiful girls, and now they’ve grown into beautiful young women!