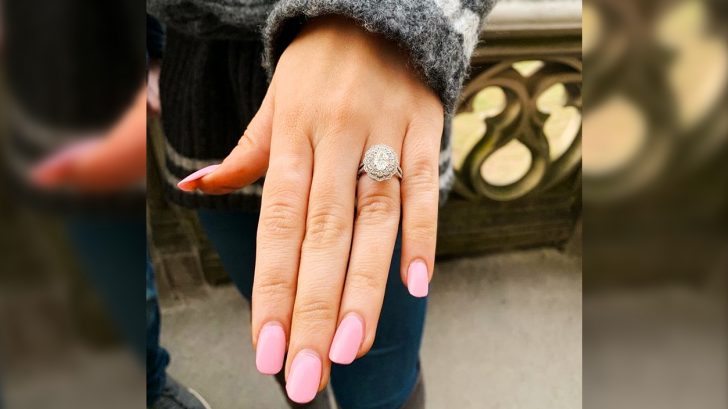 Congratulations are in order for this young couple – as they officially are engaged after a Thanksgiving proposal that’s sure to drop jaws!

With the 2018 NASCAR season officially coming to a close, the downtime is appreciated by all – and during these special times, many take the opportunity to do something big. That is true for this young driver and his brand new fiancee.

She said yes!! Can’t wait to spend the rest of my life with my fiancé @jordanholt96! ? Love you!

22-year-old Matt Tifft and his bride-to-be, Jordan Holt, both shared the incredible news of their engagement on social media with a bevy of photos featuring both of them and the starry-like ring he purchased for her.

“She said yes!! Can’t wait to spend the rest of my life with my fiancé,” Tifft wrote alongside a series of photos on Instagram. “Love you!”

Super exciting news!!! @matt_tifft and I are engaged! Still so shocked but so happy that I’m spending my life with you ?

Tifft, who competes in the Xfinity Series, wasn’t the only driver to pop the question over the weekend and joined fellow racer Chase Briscoe with massive announcements on social media.

“Well two big things happen[sic] today,” Briscoe wrote on Twitter. “I am now a proud dog dad to Ricky B and more importantly asked my best friend to marry me! It’s been a good day.”

Well two big things happen today, I am now a proud dog dad to Ricky B and more importantly asked my best friend to marry me! It’s been a good day. pic.twitter.com/TQBMGbEahs

Congrats to #ChaseBriscoe on getting engaged!? (photo/news via Chase’s Twitter) #NASCAR

Both of these young drivers have bright futures in racing ahead of them and it’s clear that they have found their perfect match in these stunning ladies! It’s no surprise that they picked out some of the most gorgeous rings for their beloveds!

We couldn’t be happier for these two – congratulations!

Listen to one of the couples’ love story below and join us in congratulating them!