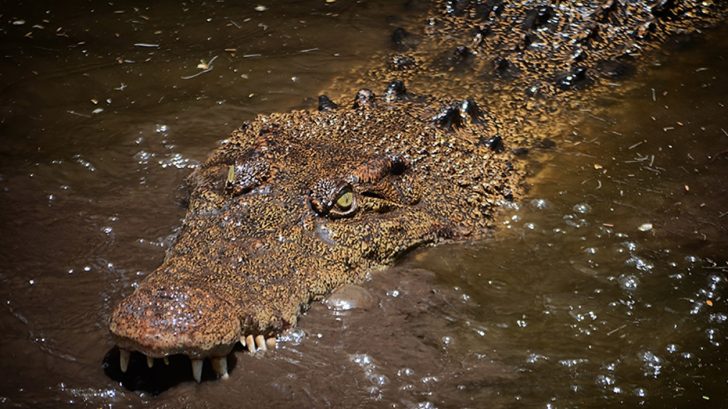 The men were traveling along the Daly River Boat Ramp toward Anson Bay in the Northern Territory on November 11th when the incident happened.

Their vessel hit an unknown submerged object causing the boat to rapidly sink and the men to abandon everything they had on the boat, including their cell phones and any other survival equipment that could help them.

Knowing that there were potentially saltwater crocodiles in the water, the two men had to swim to a nearby island where they spent 48 hours in the island’s wilderness without fresh food or water.

The men ended up using the lid from a discarded Esky cooler box to write a message of “Help” in hopes that another boater would spot their distress signal.

Finally, after two days, they lucked up when a skipper of another boat was driving by and noticed debris from their sunken boat and then spotted the two desperate men.

They were picked up and taken to Royal Darwin Hospital where they were later discharged that evening. Northern Territory Police Acting Sergeant Troy Harris said they were very fortunate to somehow survive with all the odds stacked against them.

“The men are very lucky to have survived this ordeal, given the remoteness of the area, the presence of saltwater crocodiles and the extreme heat at this time of year,” Newsweek reported him saying. “They swam directly for the nearest land and made efforts to attract attention. Importantly, they stayed put.”

Hear More About The Incident In The Video Below