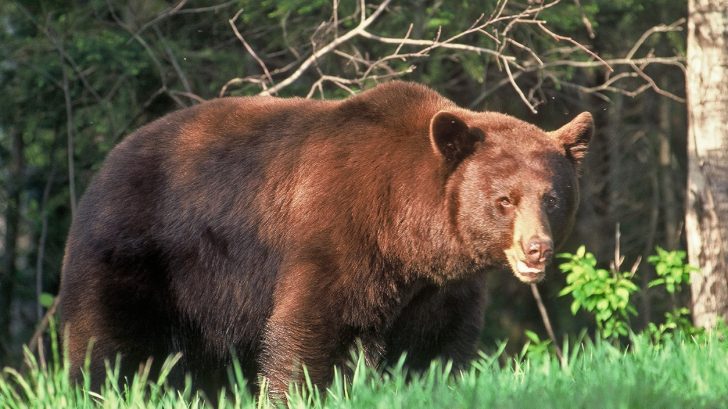 Bear With Us Centre for Bears - Rehabilitation, Education, Sanctuary / Facebook

Brandon said he was visiting Norman at their home in Switzer Village Mobile Home Park and had just walked into the house around 11pm when it happened. As everyone made their way into the living room, the bear reportedly followed right behind them.

“Norm, he’s got like 10 kids, and they’re all in the living room,” Brandon said told Anchorage Daily News. “(The bear) had walked past us, and he was walking toward the kids.”

The two-year-old was the first to spot the bear and was walking towards it. The baby was reaching out to touch it when Angela Lott, the child’s mother, looked up and saw what was happening. Without hesitation, she protectively grabbed the two-year-old and ran off into the bedroom.

Her other kids scrambled behind couches and under tables trying to hide as Brandon and Norman, the father of the children, started screaming at the bear trying to get it to leave. They said the bear reared up on its back legs and lunged at them.

“He just jumped up and basically hit me, and then I kind of threw an elbow the same time he was hitting me, and he sat me right down,” Brandon said.

The bear pushed both Brandon and Norman to the ground and ran out the door and into an arctic entry. However, the bear was trapped by a closed door in the arctic entry and scratched the wall, and ripped out a window to escape.

Fortunately, that was the end of the battle. However, Brandon was left with scratches and three puncture wounds to the chest. The family is very grateful that everyone made it out alive. You can visit Anchorage Daily News to take a look at more pictures of the incident.