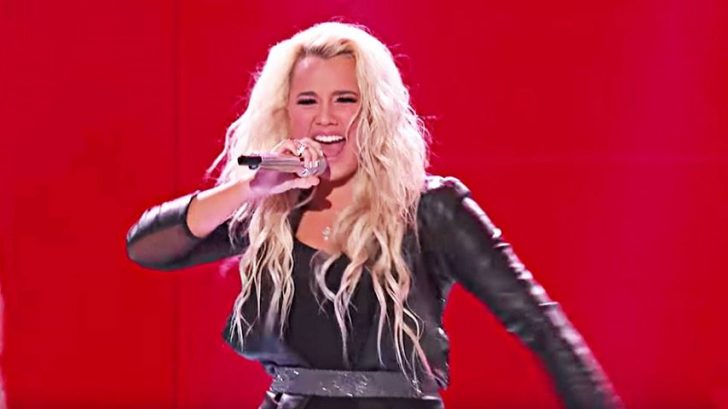 Neither bronchitis, nor laryngitis, nor a nasty sinus infection could keep American Idol finalist Gabby Barrett from trying to make her dream come true.

Gabby made it into the final three and rocked the stage, as well as the judges and audience, only two days after being hospitalized for a trio of bothersome ailments, according to her father Blase in an interview with Pittsburgh Magazine.

“The 18-year-old overcame illness to earn rave reviews from the judges.”

Hospitalized on a Friday and after a full night of competition on the 16th season of Idol, Gabby stayed true to her promise and entertained thousands of fans in a free concert at the Rivers Casino Ampitheater last Tuesday in her hometown of Pittsburgh, PA.

Then, it was on to the finals and there was no holding back.

It’s All Or Nothing

And, if last night’s performance was any indication of her current state of health, it would be safe to say the young singer had made a full recovery. Gabby knows Season 16 of American Idol had to be all or nothing.

Comparing the final of competition to the hockey playoffs, 18-year-old Gabby joked, “I feel like I’m a player on the [Pittsburgh] Penguins and this is game,” she shared with Trib Total Media.

Opening the final night of Idol competition with an original, “Rivers Deep,” Gabby took little comfort in the fact the single she released only three days ago has already made it into the top 10 on the iTunes music chart.

Next time out, the determined songstress took her everything to the stage and left it there. Gabby ramped up her energy to give a head nodding, foot-tapping performance of Miranda Lambert’s “Little Red Wagon” that shook up the audience and the judges, alike.

With that show of talent, Gabby earned compliments for her “obvious growth” from singer Katy Perry. Lionel Richie noted the emerging star “owned the stage”, and even host, Ryan Seacrest affirmed the performance was “signature Miss Gabby Barry.”

Gabby left no doubt you wouldn’t be riding in her little red wagon.

Despite everyone’s kind words, Gabby isn’t taking anything for granted. Though last night’s show didn’t produce any contestant eliminations, tonight’s will!  One finalist will be eliminated in the middle of the broadcast and the new American Idol winner will be announced at the end of the show.

Gabby’s hoping she will be America’s new Idol!

What did you think of Gabby Barrett’s performance? Which Idol contestant will you be voting for?