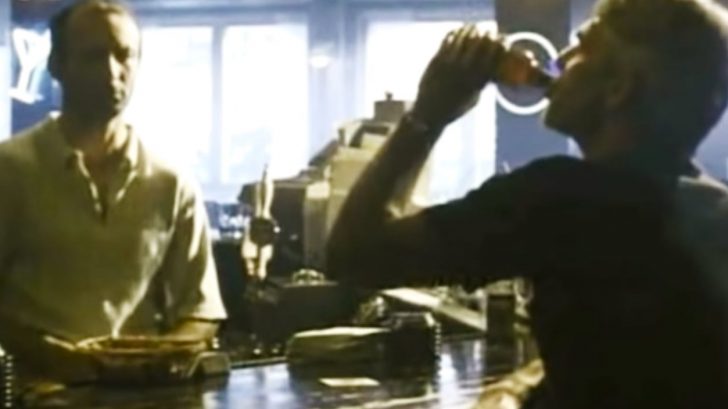 People love to hear Sam Elliott talk. That’s why he’s often been asked to read the lyrics of famous artists’ songs, including those by Taylor Swift and his A Star is Born co-star, Lady Gaga.

More recently, Elliott recited the lyrics of the megahit “Old Town Road” in a Super Bowl commercial for Doritos. Since Elliott is known for his roles in Westerns, the ad has him dressed as a cowboy who walks into a saloon in search of a drink.

Once he makes it inside, he starts speaking to the bartender, reciting the lyrics to “Old Town Road” in a way that sounds menacing. You can see the bartender and other patrons cower in fear as Elliott says, “Cant nobody tell me nothin‘.”

That clip was part of a larger ad that later featured a dance-off between Elliott and Lil Nas X, the artist behind “Old Town Road.”

Both parts of Elliott’s Doritos commercial were well-received, and generated millions of views online. But the movie star isn’t new to successful advertising campaigns.

Through the years, Elliott has provided voiceover for brands including Dodge, IBM, Kinney Drugs, Union Pacific, and the American Beef Council. He also voiced the U.S. Forest Service’s Smokey Bear.

Didja’ know … Sam Elliott, the voice of Smokey Bear and Smokey Bear … were both born on the same day and are 74 years old today #HappyBirthday pic.twitter.com/1TliCCC0Ax

On top of all of that, Elliott has served as the voice of Coors for many years.

In 2018, footage resurfaced online of one of his old commercials. And this one actually shows him making a physical appearance in the ad.

Made to announce the arrival of Coors Banquet in Canada in 1996, the clip shows a 50-something Elliott walking into a bar and asking for a drink. He takes a bottle of Coors Banquet and downs it before eventually chugging a second.

Elliott’s voiceover narrates the ad, as he says:

“When you’re strong-willed, you do it your own way. When you’re uncompromising, second best never crosses your mind. When you’re set in your ways, you stay true to yourself. If you can drink to that, we’ve got a beer with your name on it.“

You can watch Elliott’s entire 1996 Coors Banquet commercial below. Do you remember seeing it on TV when it was released?