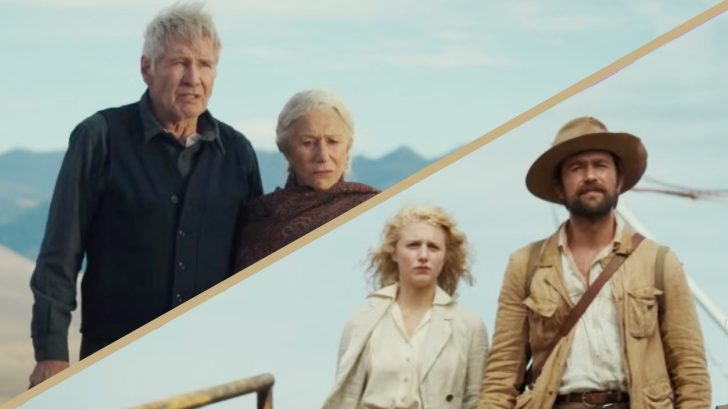 Yellowstone fans are passionate about the show and its connected prequel series. And since the shows draw in millions of viewers per episode, there are TONS of fans out there.

So whenever one of the shows takes a break, a lot of people get upset. For example, Yellowstone didn’t air a new episode on December 25. Although it was Christmas Day, many people were angry there wasn’t a new episode to watch.

The show came back with a new episode on January 1. But now Yellowstone is taking a midseason break, and won’t return until summer.

Although Yellowstone won’t return for a few months, fans knew they could still look forward to new episodes of its prequel series, 1923. However, 1923 is taking a break too, though not as long as Yellowstone‘s.

After releasing Episode 4 on Sunday (January 8), 1923 announced it is taking a multi-week break. The show will return with a new episode on February 5.

There are a few possible reasons why 1923 is taking a break at this time. The show may be on pause since the NFL playoffs will dominate the airwaves for the next few weeks. 1923 could also be taking a break to shift focus to another Taylor Sheridan series on Paramount +, Mayor of Kingstown. Season 2 of the Jeremy Renner-led series is starting on January 15.

No matter the reason, fans of 1923 are not pleased. Many took to social media to complain about the hiatus.

“Why you gotta do us dirty like this,” commented one viewer.

Another person wrote, “Love the show but not happy w the mid-season finale. There are folks like me who have pay channels just for these shows. So we have to pay for months when there are no episodes.”

“This 4-week wait for new episodes is asinine and not viewer-friendly,” said one fan.

Someone else wrote, “I can’t believe I have to wait a whole month for this.”

“That’s some bullsh!t right there making us wait 3 weeks,” one viewer commented.

One fan said, “How you gunna make us wait this long in between episodes. Utterly frustrated. #1923.”

“Having to wait for new episodes of #1923 is gonna suuuuuuuuck!” another person wrote.

We understand why people are so anxious to see the next episode of 1923. The drama was amping up when Episode 4 ended, so viewers want to know how things turn out.

You can catch a preview of what’s coming next on 1923 by watching the clip below.