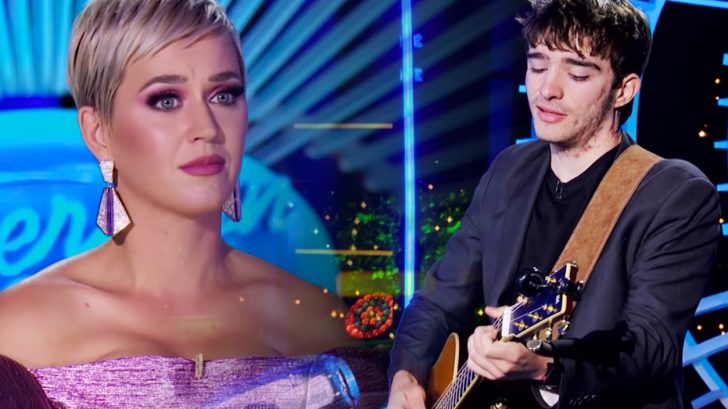 When he was just a young boy, this aspiring singer was diagnosed with not only one but two serious health diseases – one which is a very rare condition that left him in debilitating pain.

Now 19, this young man from Santa Barbara, California has made incredible strides in his battle against these health complications and is dead-set on pursuing his dream. American Idol was one of the first steps towards that.

So excited to share this with you all! Had a wonderful time on the @essentialomnivore podcast with the very wise and talented Lucia Hawley; Got to talk about HS, my journey with it, and how I manage with diet. The link is in my bio if you want to check it out! #HS #HidradenitisSuppurativa #hidradenitissuppurativaawareness #Hidradenitis

Jackson Gillies was first diagnosed with Type 1 Diabetes as a child and was already dealing with the struggle from that when, in his early teen years, he developed massive abscesses on his legs – large and incredibly painful.

In the package segment of his American Idol audition, Gillies says that they hurt so bad he couldn’t even walk and was bedridden for quite some time.

I just posted the photo on the right a second ago, but deleted it. THE PHOTO ON THE LEFT IS TODAY. THE PHOTO ON THE RIGHT WAS TAKEN 3 YEARS AGO ON THIS DATE. I'm not posting this comparison to garner pity, or to shock you into sadness. I'm posting this so that you'll think about and APPRECIATE what you might take for granted, because you really never know what is going to happen. I had no clue that my HS would spread the way it did, and never couldve seen it coming. That being said, I am the person I am today because of my experience and the years of excruciating pain this condition has brought me, so in an odd way I am thankful for it. Take a look at what you love, and cherish it while you can, because you never know how long you'll have it for. ? I still look good though ? #HS #HidradenitisSuppurativa

Now, he’s figured out how to manage the rare skin disease (hidradenitis suppurativa) and has to follow a strict diet regimen along with staying in a more arid climate like California. He doesn’t drink, do drugs, and cannot even take basic pain medications without the risk of triggering his disease.

But, with the lifestyle treatment, he’s using to manage the disease, it has allowed him to continue pursuing his dreams and has even found mentorship with the famous Kenny Loggins.

An interview with local news publication NoozHawk, they explain that he grew up listening to rock and folk legends like The Allman Brothers, Jimi Hendrix, Stevie Ray Vaughan, and others.

While he’s performed alongside people like Loggins, and Jim Messina, he says that his Idol audition was the big one he got nervous for.

I can finally say that my audition for @americanidol will be airing MONDAY MARCH 18th!!!!!! ???? • @americanidol @katyperry @lukebryan @lionelrichie

Immediately after walking out into the audition space in front of judges Luke Bryan, Lionel Richie, and Katy Perry, they were taken with his warm personality and pleasant demeanor.

Surprising to Perry, Gilles explained that they’d met a few years prior at a very special benefit concert in their shared hometown of Santa Barbara. This got her even more excited – and immediately following his performance of folk singer Foy Vance’s “Make it Rain,” she was his biggest fan!