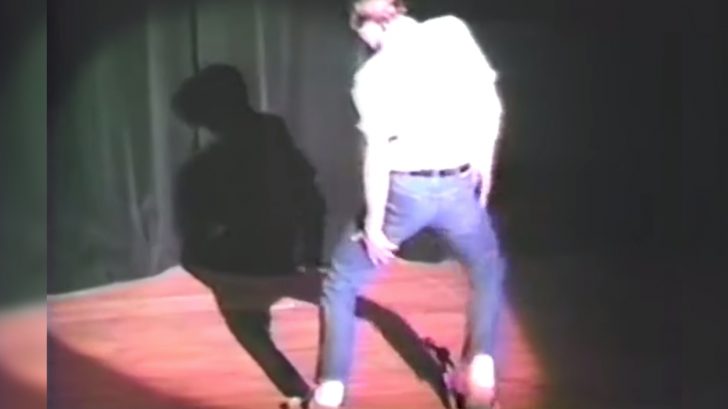 A video surfaced of Brad Pitt singing and dancing to the song “Rock This Town” by Stray Cats at his college, University of Missouri decades ago in 1983.

Brad enrolled in the university in 1982 and majored in journalism with a focus on advertising but really fell in love with acting on stage.

He participated in many of the school’s clubs, debates, and musicals and during this particular performance, he was playing the main character from a very popular TV show at the time.

“Brad Pitt plays the Beaver in a Leave it to Beaver, and his house (the Sigma Chi’s) won! In addition Mark Fauser gave Brad the Best Actor Award for his performance,” the YouTuber who shared the video said.

You can watch the video from this performance below and if you want, and just so you know, you can skip to about the 9-minute mark to see Brad do his solo dance performance.

After that, continue on reading and there will be another video from 2012 where he explains what it was like for him going up in Missouri.

Brad described his time in Springfield, Missouri as “Mark Twain country, Jesse James country,” having grown up with “a lot of hills, a lot of lakes.”

Even so, he is very proud of his Missouri upbringing and shared a message not that long ago on Entertainment Tonight for Missouri State graduates. Watch the interview below!