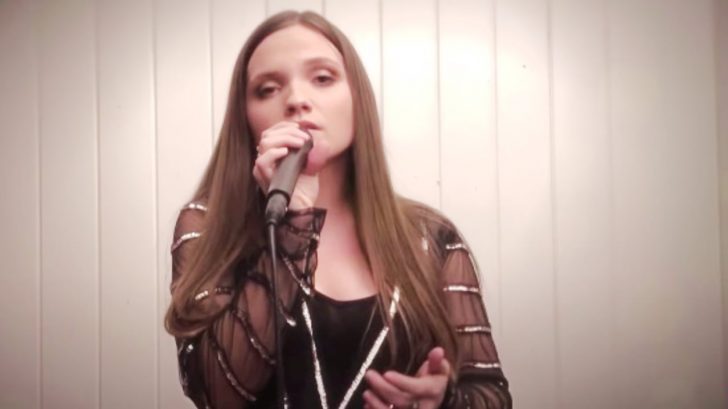 In preparation for its Season 18 finale, The Voice had to make a big cut. The Top 9 were whittled down to the Top 5, resulting in four talented artists being eliminated.

Season 18 was the first time The Voice ever advanced five artists to the finale, with the typical number of finalists being four. But for this season, the highest vote-earner from each of the four teams automatically advanced to the finale.

The remaining contestants were left to sing in a five-way Instant Save for the fifth and final spot in the last episode of the season.

17-year-old Megan Danielle performed a song that perfectly showcased her raspy tone and her ability to channel emotion. She sang “Simple Man” by Lynyrd Skynyrd, which the Southern rock group released in 1973 on their debut album Pronounced ‘Lĕh-‘nérd ‘Skin-‘nérd.

The track has gone on to become Skynyrd’s third best-selling song, only falling behind “Free Bird” and “Sweet Home Alabama.”

Anyone who has heard “Simple Man” before knows it’s a powerful song. But its message doesn’t pay off if the vocalist performing it isn’t capable of expressing its emotions.

As mentioned previously, Megan often drew praise for her ability to instantly draw people in and make them feel what she was singing. She was certainly capable of bringing out the emotions buried in “Simple Man,” and did so beautifully.

After she sang, Megan’s coach Kelly Clarkson praised her, saying her ability to make a song sound believable is one of the main things she admires about her:

“You move me every time you open your mouth,” Kelly said.

Prior to that, Kelly complimented Megan’s smoky voice, and said that she exudes “raw talent.”

“Just everything you do is remarkable to me,” Kelly told the teen singer.

Before she finished speaking, Kelly promised Megan she would help her in any way she could after The Voice ends, even if Megan didn’t win the show.

Sadly, Megan will not get the chance to win The Voice, since she lost the Instant Save. America voted to save Toneisha Harris, which means Megan’s journey on The Voice has come to an end.

Watch Megan deliver “Simple Man” for her final Voice performance below. We agree with Kelly, this girl is remarkable, and her talent won’t be forgotten!