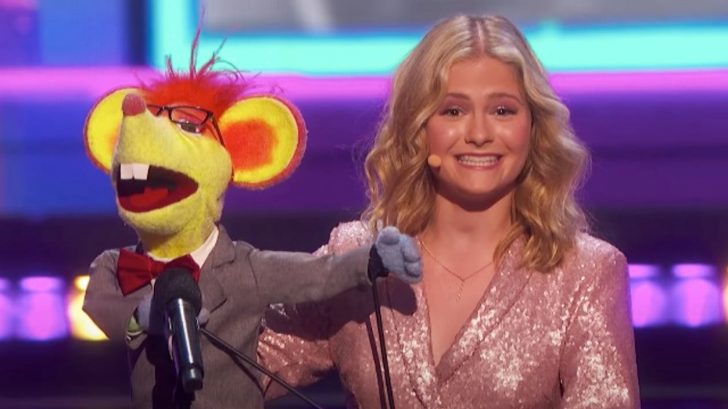 Darci Lynne Farmer was only 12 years old when she won Season 12 of America’s Got Talent in 2017. Darci wowed the judges and viewers with her extraordinary singing voice…and her ability to sing while performing ventriloquy at the same time.

Her talent has continued to grow. She returned to the show as a guest performer in 2020, which is when she introduced a new puppet of hers named Ivan.

Just when people thought they’d seen it all from Darci, she pulled out a new trick during her performance with Ivan. She started rapping in Ivan’s voice! This was remarkable since Darci doesn’t open her mouth whenever she’s performing as one of her puppets.

What made the performance all the more impressive was that Ivan is Australian. So not only was Darci rapping without moving her lips, but she was doing so in an accent that isn’t her own!

Once again, now 16-year-old Darci appeared as guest performer on AGT‘s current season (Season 16). This time, she returned to the show with one of her longtime puppet pals, Oscar the mouse.

Oscar started off by sharing the woes of his love life. He said he started dating a squirrel named Samantha, and she drives him crazy because she’s a bit hyperactive. Darci told him he needs to relax and “let the good times roll,” which made Oscar think of a song.

From there, Darci (performing as Oscar) transitioned into singing the classic tune “Let the Good Times Roll” by Louis Jordan and his Tympany Five. Her performance was outstanding from the start, and only got better as it continued.

It came as no surprise when Darci earned a standing ovation from the AGT audience and judges. Her performance was out of this world!

Darci later gushed about how good it felt to perform on AGT again. “Oscar and I let the good times roll tonight on @AGT!!” she wrote on social media. “It felt SO good to be back on the stage that started it all, so grateful.”

Tune in to the clip below to watch Darci’s grand return to AGT. She never ceases to amaze!