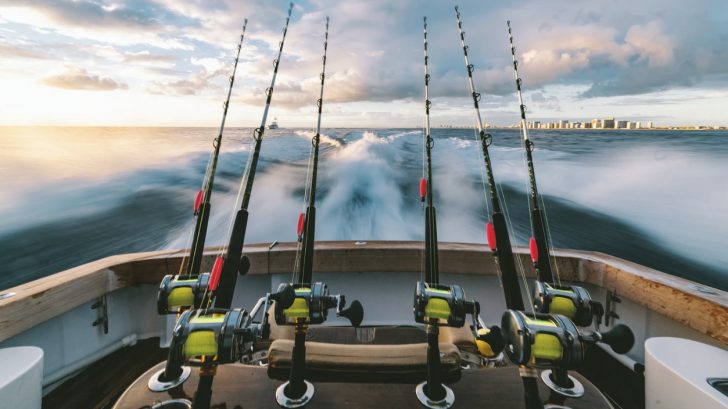 A fisherman participating in the Bassmaster tournament on Lake Sam Rayburn in Lufkin, Texas reported over $15,000 worth of fishing equipment stolen from his truck on Monday, Sept. 7th, 2020.

The fisherman was from out of state and driving a blue 2004 Chevy ¾ ton pickup truck with a matching camper on the back. He said he traveled to the Lufkin area to participate in the event and after stopping at several different stores, his wife noticed their belongings were missing from the back of his truck.

She believes the thief stole them while they were either shopping in Walmart or Academy because on both stops they parked the truck at the back to the parking lot. The Lufkin police were called to the scene and wrote up a report. They are working with both Walmart and Academy to obtain security footage from the parking lot to try and figure out who the culprits were.

THEFT: A man reported an estimated $15,000 worth of fishing equipment stolen from his truck yesterday. The man, who is…

Lufkin Police & Fire continue to investigate the matter and ask if anyone has information on the robbery to call the police department at 936-633-0356 or report it to Crime Stoppers at 936-639-TIPS.

Posted by Bassmaster on Sunday, September 6, 2020