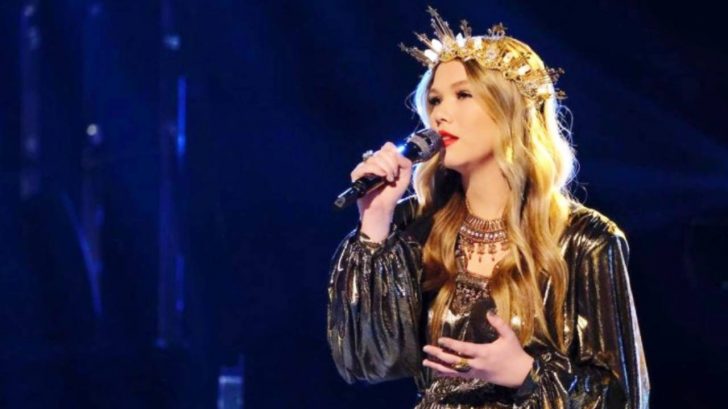 It has been hard to put Team Nick’s Rachel Mac in a box this season. Her voice fits perfectly in so many genres including country, rock, and pop! She auditioned for Season 20 of The Voice with a Patty Griffin song, but has since performed Kacey Musgraves, Fleetwood Mac, Elton John, Jewel, and Lee Ann Womack.

While she was only a one-chair turn, 15-year-old Rachel has proven that she has the chops to make it all the way to the finale! In one of her final performances, Rachel channeled her inner country legend and took on Lee Ann Womack’s mega-hit “I Hope You Dance.”

Wearing a gorgeous gold ensemble – crown included – while singing the country ballad, which went to number one when it was released in 1999, seven years before Rachel was even born! Her performance garnered her a standing ovation from her coach, Nick Jonas.

The Voice‘s two-night finale kicked off on Monday night (May 24) and will crown its Season 20 champion at the end of Tuesday night’s episode, which will be jam-packed with star-studded performances.

Watch Rachel’s take on “I Hope You Dance” below.