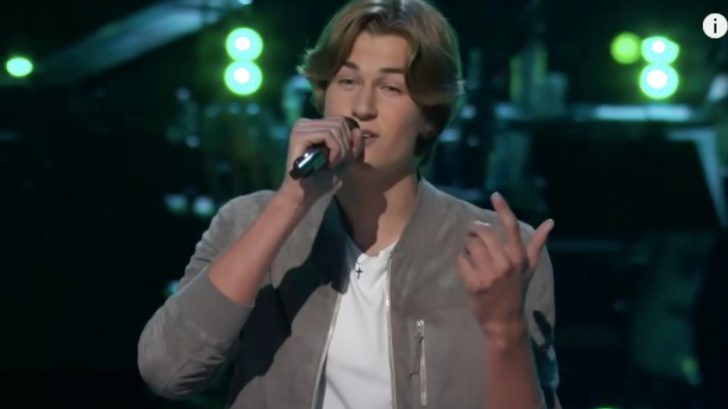 Benny Weag and Brayden Lape of Team Blake competed against each other during the battles for Season 22 of The Voice. They covered one of the biggest country hits in recent years, Parker McCollum’s “Pretty Heart.”

“Pretty Heart” was released in April 2020 as the lead single off of McCollum’s debut album Gold Chain Cowboy. The song reached the #1 spot on the Billboard Country Airplay chart and crossed over to claim the 36th slot on the all-genre Billboard Hot 100 chart.

Weag and Lape delivered an outstanding performance of “Pretty Heart” during the Voice battles. Camila Cabello was especially impressed with their performance, saying it “was so awesome!”

The coaches seemed to agree there was something special about Lape, who is 15 years old. As his coach Blake Shelton said:

“...I like that tone in your voice, and the youth, and some of the inexperience even. Because there’s something about that that’s endearing.”

Shelton ended up choosing Lape as the winner of the battle. After the battle was over, Shelton spoke about Lape’s potential. He believes that once he gets the chance to become more comfortable with himself and The Voice “the sky’s gonna be the limit.”

Head below to watch Weag and Lape cover “Pretty Heart.” Let us know if you agree with Shelton’s choice to keep Lape on his team!