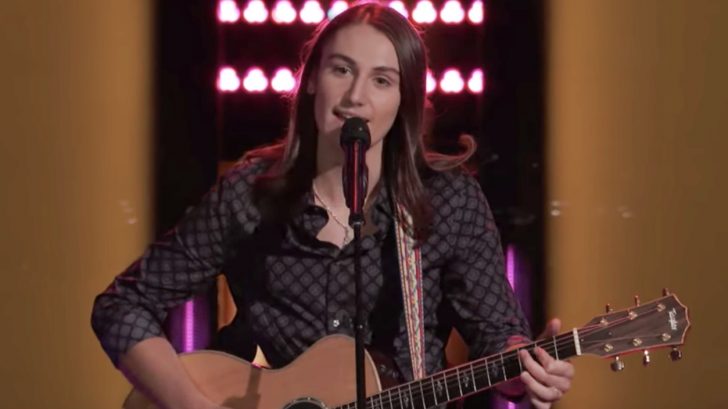 It didn’t take 15-year-old Santa Cruz, California-native Anthony Arya long to convince Adam Levine to turn around for him during Season 15. Just a few bars into his cover of Kenny Loggins‘ beloved tune “Danny’s Song,” Levine pressed his button and proudly watched the rest of Arya’s performance.

“Danny’s Song” was written by Kenny Loggins as a gift for his brother, Danny, after his first son was born. It was first recorded by the band Gator Creek in 1971, but appeared on his pop-rock duo Loggins and Messina’s debut album, Sittin’ In, one year later.

Country singer Anne Murray released her version of the song in 1972 and it reached the top ten on three major Billboard charts – pop, country, and easy listening. Her rendition earned her a Grammy Award nomination for Best Female Pop Vocal performance in 1974.

Even though this song is well-known, Arya sang it as though it was his original song, bringing unique elements to his performance. All the coaches seemed to enjoy his audition, but Levine ultimately was the only coach to turn, so now Arya will compete this season on Team Adam.

Levine praised his new team member, saying, “When I turned around and saw you performing and was so enamored by how you do it, I’m telling you right now – your whole situation, the way you engage with an audience, the way you sing, you are so special, dude. People are gonna fall madly in love with how you do it.”

After Arya told the coaches his biggest influences are The Rolling Stones, Jim Crocce, Paul Simon, and Bob Dylan, the other coaches agreed he was with the right coach, and from Arya’s social media channels, it seemed he thinks so too!

Watch Arya’s full audition in the video below.