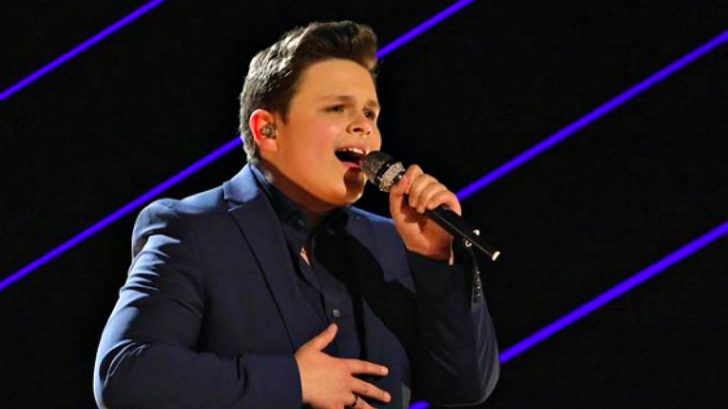 The Voice‘s 19th season was one for the record books. On Tuesday night, 15-year-old Carter Rubin became the show’s youngest male winner ever, and it was the first win for coach Gwen Stefani.

Rubin, a native of Long Island, New York, earned a two-chair turn during his Blind Audition with an impressive cover of Lewis Capaldi’s “Before You Go.” The then-14-year-old chose coach Gwen Stefani over John Legend and the decision led him to victory.

“You do not look like your voice,” Stefani told Rubin following his audition. “I cannot believe what I’m seeing and hearing right now…My son is 14 years old, so I can be a mom figure for you because I am a mom.”

Stefani not only took on a mom role for Carter, but mentored him to victories through Knockout and Battle rounds and ultimately to victory as the latest Voice champ. It was evident throughout the season that Stefani and her protege shared a special bond.

“Not only are you a phenomenal coach, you are a phenomenal human… it’s a dream come true to work with you,” Rubin told Stefani during Tuesday’s season finale.

“You are so special as a human being. I just loved getting to know you. You’re inspiring. Thank you for choosing me,” Stefani replied.

When the results were revealed, Carter Rubin and Team Blake’s Jim Ranger were the last two men standing. When Rubin was announced as the winner, he was clearly stunned as he covered his face with his hands. Stefani came to the stage and clearly wanted to hug him, but wasn’t allowed to due to COVID restrictions.

Stefani took to Twitter to share her excitement over Rubin’s win with a video saying, “This is so crazy! We’re trying to understand that this is happening right now…”

Watch Carter Rubin’s winning moment in the clip below.