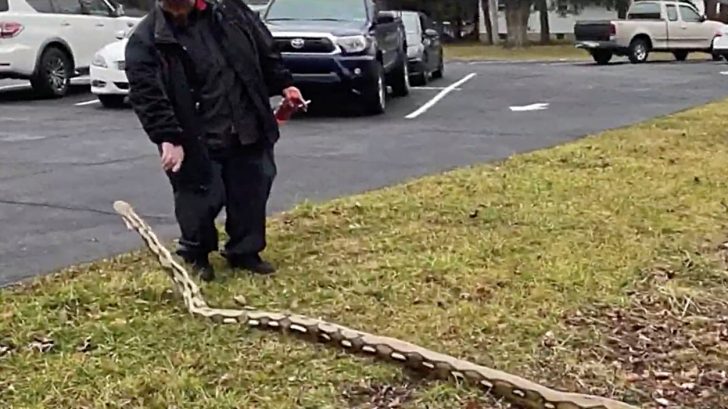 On a cold winter day in York County, Pennsylvania a mysterious 15-foot python was found in a wooded area curled up in a ball. Brady Prowell called the Springettsbury Township police station around 2pm on January 6th reporting that he found the snake near Whiteford Road.

“Yeah, especially in York County, we’re not living in the rainforest or anything, so I mean, it’s not something you see every day,” Brady, the guy who found the snake told FOX43.

It wasn’t alive though, it was already dead. This makes things even more mysterious because not only is a snake in the woods where it’s clearly too cold to survive but how the snake died is unknown.

Police said it was probably someone’s pet and it either died then they abandoned it, or it died from the cold after they dropped it off. It also could have escaped its home and traveled outside. Either way, Lt. Wilbur from Springettsbury Township police says they’ve never had to deal with a 15-foot dead python before.

The station didn’t receive any calls about a missing snake or someone spotting it when it was alive so they’re leaning towards the snake died before it was dropped off. “Obviously, if you saw it slithering down the roadway, somebody would call,” Lt. Wilbur said.