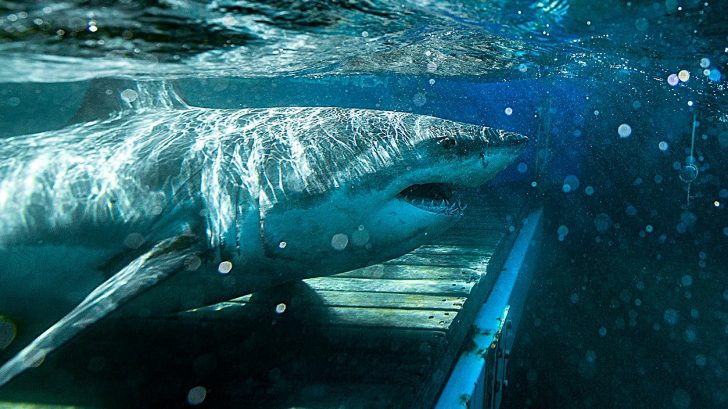 A massive 2,076-pound great white shark named Unama’ki was pinged about 100 miles off the coast of Northwest Florida, headed directly towards waters south of Panama City Beach. The shark was first tagged off the coast of Nova Scotia, Canada by the researchers of OCEARCH.

Posted by OCEARCH on Saturday, February 1, 2020

OCEARCH is an organization that collects data gathered from tagged sharks in the ocean so that they can help scientists accelerate the ocean’s return to balance and abundance. One of the cool things about them is they have a live tracker map that tracks all the sharks they tag and it’s accessible to anyone.

Unama’ki is one of the biggest sharks that they’ve tagged, stretching an impressive 15 feet, 5 inches long. Since she was tagged in September 2019, she has swam more than 2,000 miles. She’s a mature female so through her, researchers hope to gather more information about the breeding habits of great white sharks.

“As a big mature female, Unama’ki has the potential to lead us to the site where she gives birth and exposes a new white shark nursery,” OCEARCH said, according to NWF Daily News.

Unama’ki wasn’t the only shark pinged swimming in the Gulf of Mexico. Another female shark named Helena that weighs 1,314 pounds was pinged, along with Nova, a 1,186-pound male shark, and Brunswick, a 431-pound male shark.