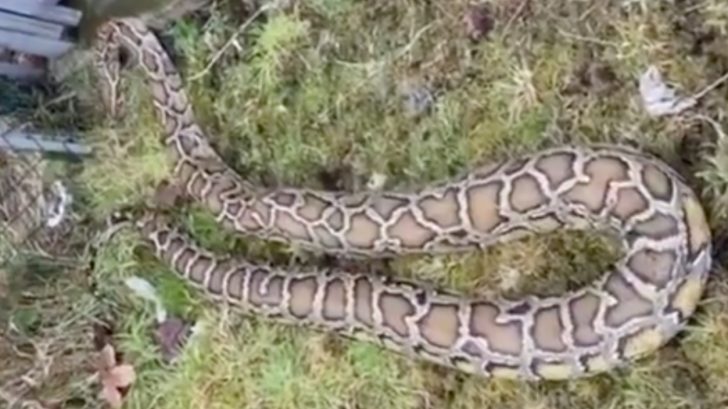 Photos and video of a 14ft snake found in Greenock have surfaced on social media and there are several other reports of more snakes on the loose.

Giant 14ft snake found in Greenock as ‘several others on the loose’https://t.co/I5UZkCYSke pic.twitter.com/cVZxktTilt

Terrified men working near the Broomhill Tavern on Drumfrochar Road found the 14-footer still alive and immediately called the police. It was weird to find this snake in the area because of two reasons: number one, it’s very cold in Greenock, and number two, the snake is not native to the land.

Once officials arrived on the scene, they took the snake to a local veterinary to be examined and cared for. Inspector Paul Thompson at Greenock Police Station said they are dealing with reports of a number of sightings of large snakes in the Greenock and Gourock area.

A spokesperson for Police Scotland told The Scottish Sun, “I would urge anyone who may come across a snake not to approach it, but to call police reporting its position. At this stage, we are carrying out local inquiries in order to establish if anyone is missing any snakes.”

Just last month the Scottish SPCA were alerted to three dead pythons and a cat in the Lanarkshire area. While police are searching for where these snakes are coming from and treating the ones they find that are still alive, take a look at that 14-foot snake in the video below.