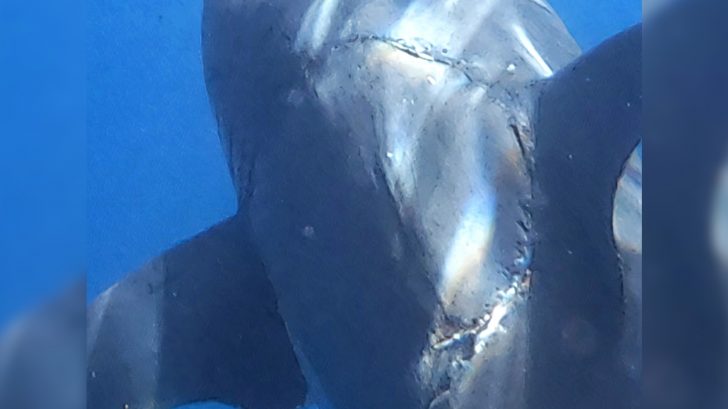 40-year-old Jalil Najafov shared a photo on Instagram showing a massive 14-foot shark with a giant bite mark on its side that apparently came from another shark.

“This photo of [the] female shark is the most-liked photo on @discoversharks and many other shark accounts including mine,” Jalil wrote on Instagram.

Jalil, a shark environmentalist, and wildlife photographer said he was diving off the coast of Mexico’s Isla Guadalupe when he spotted the huge bite mark on the shark’s side.

“I was really surprised as I have never seen anything like this in my life” Jalil was quoted as saying by The Sun. “This bite mark was so huge on a big shark, and I was like, is that real? I have worked with sharks for many years and have never seen such a big scar before!”

He took a photo of it and then shared it on Instagram to start up a discussion over what might have caused the colossal bite.

“What caused the bite mark was a big discussion on social media with many commenters fighting between two opinions, mating scar or act of aggression,” Jalil said. “After I sent this image to Dr Tristan Guttridge, he ruled out mating. I also sent it to Michael Domeier who also felt it was an attack from another shark. That’s why this photo went very viral!”

According to Professor Mark Meekan of the Australian Institute for Marine Science, all sharks are cannibals and will bite whatever is smaller than it and it believes it can eat.

Jalil took another video showing a great white shark with a bite on its side as well. Take a look below in the Instagram video to see it!