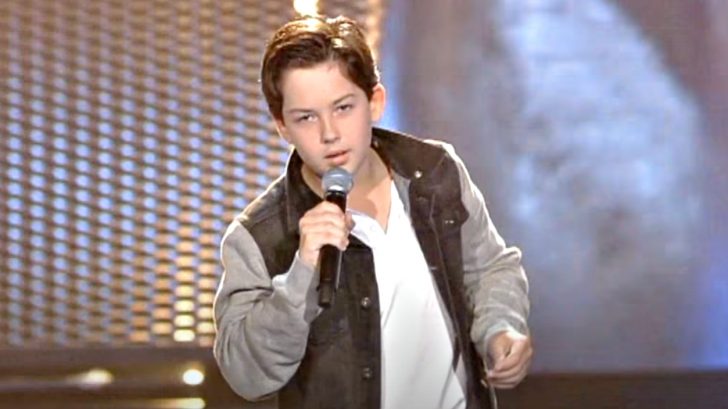 Dressed up like an old school greaser, Karel resembles The King both musically and in appearance. The 13-year-old rocker utterly floored the judges earning a unanimous hit from all three big red buttons.

The audience, along with the coaches, cheered on Karel as well as joined in on his display of some of Elvis’ signature dance moves. His German accent adds an interesting touch to the performance of the internationally treasured classic.

“Jailhouse Rock“ was released in 1957 and was Presley’s first major hit reaching No.1 on both the U.S. Billboard’s Hot 100 chart as well as the UK Singles chart, while also dipping into the top ten in Australia, Belgium, and Finland.

“Jailhouse Rock“ has transcended both time and language barriers making it one of the most revered songs of all time. You can watch Karel’s rockstar performance in the video below and be sure to let us know what you think in the comments!