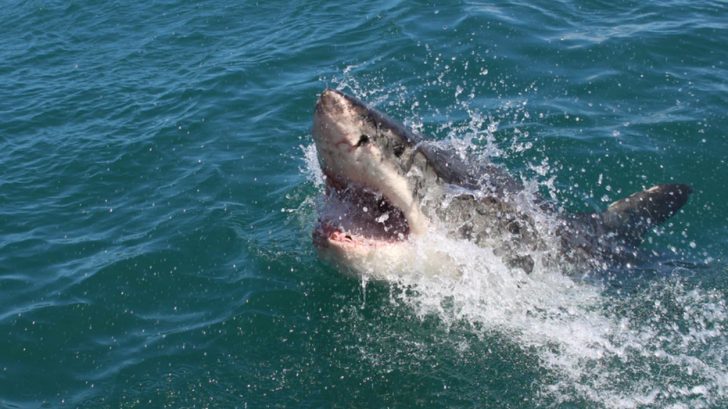 12-year-old Jordan Prushinski and her family were on vacation swimming at the beach in Ocean City, Maryland when she was unexpectedly bitten by a shark.

“I didn’t really realize what was going on until I was on the beach and I was bleeding everywhere,” Jordan told WBRE-TV.

The family who is originally from Pennsylvania said that it happened on Monday as Jordan went into the deep water. They noticed the bite when she came back limping as she walked out of the water and noticed she was bleeding from her leg.

“I was swimming and a wave had just crashed and I was right on the edge of the crash zone, I thought a horseshoe crab had got lifted up and hit against my shins, and I don’t like the sea creatures so I rushed out immediately to find blood everywhere, with cuts all over my left leg,” Jordan explained.

Her mother, Melissa Prushinski, and other beachgoers alerted lifeguards and EMT staff sent a nurse to help medically assist the 12-year-old. They cleaned and bandaged the wound well enough so that Jordan’s family could drive her to Atlantic General Hospital.

“We still don’t know what kind of shark it was. The ER doctor confirmed it was a shark bite because no other animal makes this type of bite,” Jordan’s mother said.

She ended up receiving 42 stitches for the 20 cuts the shark left on her leg. She is expected to make a full recovery. National Aquarium marine biologist Jay Bradley says that shark attacks in the state of Maryland are extremely rare.

“There were less than 60 shark attacks last year in the world — 30 in the United States, most of those in Florida. (It’s) relatively unlikely in Maryland,” Bradley said, according to Trib Live.