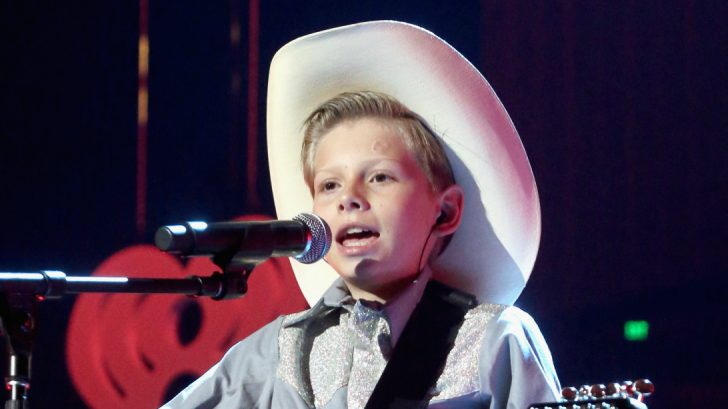 The last six months have been nothing short of exciting for 11-year old Mason Ramsey who skyrocketed to fame when a video of him singing Hank Williams’ “Lovesick Blues” at his local Walmart went viral. Thanks to an appearance on The Ellen Show, Ramsey was able to fulfill his dream of playing on the Grand Ole Opry. But, his success didn’t stop there.

Ramsey was quite possibly the most sought after new act in country music after his video went viral. Within a matter of weeks he went from singing in the aisle at Walmart to sharing the stage with some of music’s biggest names at some of the country’s biggest festivals, including Coachella, the iHeart Country Festival and CMA Fest.

In late April, just over a month after he became a viral star, Ramsey signed a record deal with Atlantic and released his debut single, “Famous.” While he is best known as “yodel boy” or “Li’l Hank Williams,” Ramsey’s talent reaches far beyond his love of classic country music, as made evident with his debut single.

Now fans are going to get a chance to hear more from the adorable middle schooler who is gearing up to release his debut EP on Friday, July 20. The six song EP will feature his debut single “Famous,” two more original songs, and three Hank Williams tunes.

Ramsey shared the exciting news about his debut EP along with a sneak preview of one of the album’s original tracks, “The Way I See It,” on his Facebook page.

I’m very proud to announce that my debut EP is coming out July 20th! Who’s ready? ?

To stay up to date on Mason Ramsey’s incredible journey, click here.

Watch the video that made Ramsey a star below.