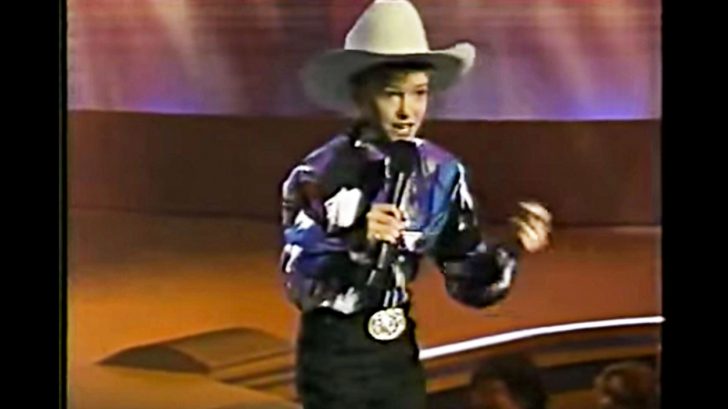 Long before he took the stage next to Chris Stapleton and blew the CMA Awards out of the water with their duet on “Tennessee Whiskey,” young Justin Timberlake was singing covers of country music on the television show, Star Search.

Just 11 years old, Timberlake was going by his first and middle name during his run on the televised singing competition. Young Justin Randall was listed as the challenger in this specific episode where he sang an ode to Alan Jackson while decked out in a complete ’90s cowboy outfit.

Singing Jackson’s “Love’s Got a Hold on You,” this performance was clearly the work of a future entertainer and concert headliner. With a voice that strong at his age, we are certain the judges knew he had a bright future ahead of him.

Check out this rare full performance in the video below and prepare to be surprised!