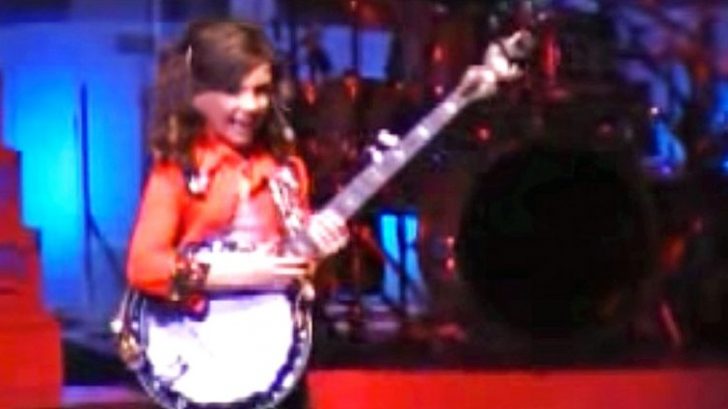 Some people are born with musical talent, and Willow Osborne is definitely one of those people. According to her website, Osborne started playing the banjo when she was only four years old.

As she’s grown, so has her talent and passion for the banjo.

Osborne received some of the best training a girl could ever ask for. Her personal mentor was Gary “Biscuit” Davis, a four-time International Banjo Champion.

Davis was clearly a good teacher, because Osborne has been a well-respected member of the banjo playing community for years.

Prepare To Be Amazed By Her Talent

During one of Osborne’s many shows at the Country Tonite Theatre, she delighted the crowd with a mashup of two country favorites. This show took place in 2011, so Osborne was only 11 at the time, making her performance all the more impressive!

Walking out on stage in a full-out cowgirl getup, Osborne started pickin’ away on her banjo while she sang Loretta Lynn‘s signature hit “Coal Miner’s Daughter.”

She had a smile on her face the entire time, and we’re sure the crowd couldn’t stop smiling either. They rewarded her with a warm round of applause when she finished, which was certainly deserved.

She Wasn’t Finished There…

But the crowd had no idea what Osborne had in store for them next. She told the crowd that she had been pickin’ the banjo since she was four, and that no one has ever wanted to challenge her.

At that moment, another banjo player stepped out on stage to put Osborne’s skills to the test.

The crowd surely knew what was coming next, as the two talented pickers started to engage in a back and forth battle over “Dueling Banjos.”

Osborne would play a little ditty, then her opponent would try and match what she did, complete with her random hand motions and movements.

Every time that the duel came back to Osborne, she one-upped her opponent by playing even faster and more complicated parts. Finally, she decided it was time to take the whole thing home with the famous finale portion.

Osborne had no trouble at all keeping up with the fast-paced pickin’ of her dueling partner, proving to everyone in the crowd that she can play a mean banjo.

Now it’s time for you to witness this young girl’s immense talent by watching her mashup of “Coal Miner’s Daughter” and “Dueling Banjos” in the video below. Keep your eye on this girl, because she’s sure to accomplish great things in country music!