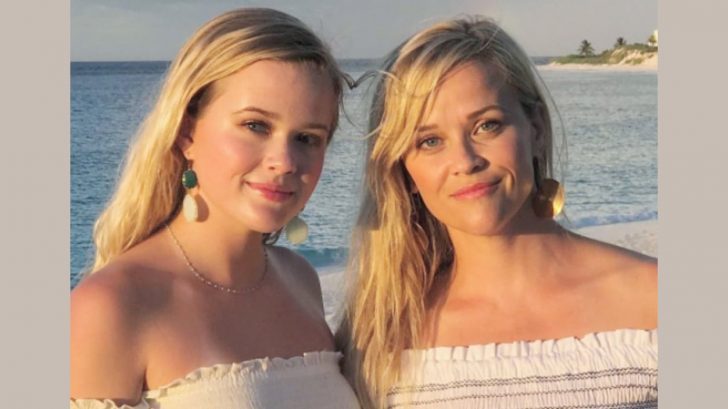 Reese Witherspoon may be an actress, but she has been an honorary member of the country music community ever since she played June Carter Cash in the 2005 Johnny Cash biopic, Walk the Line.

The talented actress also did all of her own singing in the film. Her hard work paid off, and she was rewarded with an Oscar for her portrayal of June.

But Reese’s country connections don’t end there. While the Louisiana-born starlet may be most well-known for playing the fashionable aspiring lawyer Elle Woods in Legally Blonde, country fans know her for playing Melanie in the Southern-fried flick Sweet Home Alabama.

In more modern times, she has become known for her work on the series Big Little Lies, which also stars Keith Urban‘s wife Nicole Kidman.

These days, if Reese ever found herself in need of a lookalike understudy for a project, she wouldn’t have to look for long. That’s because her daughter Ava Phillippe is her spitting image.

The young model and college student is Reese’s only daughter. Reese shares her and son Deacon with ex-husband Ryan Phillippe, and has a younger son named Tennessee with her current husband, Jim Toth.

Ava looks so much like her mother! We could understand if they get mistaken as twins while they are out and about.

happy mother’s day to my first best friend! thank you for your everyday commitment to raising and loving us to the best of your ability. I am so lucky to learn from and be loved by you.?

Some people say that instead of looking just like her mother looks now, Ava more closely resembles the way Reese looked when she was younger. No matter how you slice it, there’s no denying the fact that she is Reese’s carbon copy!

Want to see more proof? Look no further than the pictures below…

me and my "straight-shooter" ❤️

I am so proud of how hard my mama has worked to showcase the stories and talents of strong women like herself, and I am so happy she's been officially recognized for it. Congrats to the whole BLL team! ??❤️

wow. last night was such a powerful night for women in hollywood, celebrating and shaping the future for those to come. I am so lucky to have had the opportunity to hear such beautiful words of truth, hope, and love from such cultural giants. #ellewomeninhollywood

Had such a wonderful time last night supporting my lovely mama and seeing all the amazing projects coming from these visionary innovators!✨

Happy happy birthday to my glowingly gorgeous mama. You are such a generous, conscientious, and passionately kind person, and I am so blessed to bear witness to your light and love each and every day! ?? love you.

And here are a few photos of Ava on her own. If we didn’t tell you it was her in advance, you’d likely assume it was Reese in the photos!

no one I’d rather hold hands with at a festive tourist trap! ❄️ #reunion

too serious for her birthdays #16

What did we tell y’all? Reese and Ava look exactly alike, don’t they?

You can listen to Reese talk about what it’s like to be constantly “twinning” with her daughter by tuning in to the video below. They’re both so beautiful!