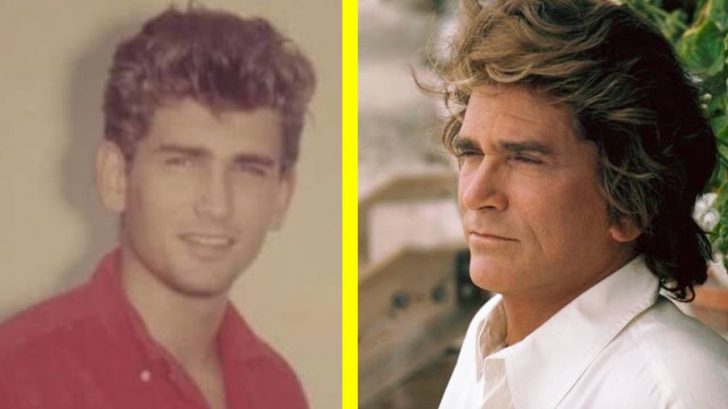 Best known for his unforgettable roles on Bonanza and Little House on the Prairie, Michael Landon was an iconic director, producer, and actor. After Landon’s untimely death in 1991 due to pancreatic cancer, fans were devastated at the loss of their favorite star.

Check out some of Landon’s most memorable moments captured in pictures.

Eugene Maurice Orowitz was born in Queens, New York in 1936. An excellent athlete, Orowitz eventually took the advice of an agent to change his name. He chose Michael Landon from a phone book, and the rest was history.

Landon left quite a legacy – he was married three times and fathered nine children. His first child was Mark Fraser Landon, his first wife’s child from a previous relationship. Landon adopted Mark and went on to adopt another infant child, Josh, with his first wife.

Landon got his start on the silver screen with movies including These Wilder Years (1956), I Was A Teenage Werewolf (1957), Maracaibo (1958), and High School Confidential (1958). During this time, he also tried his hand at music, releasing a single called Gimme a Little Kiss (Will “Ya” Huh)/Be Patient With Me at the height of his Teenage Werewolf popularity.

On the small screen, Landon got his start in 1956 as well, with an uncredited appearance as a U.S. cavalry trooper on Cheyenne. His first appearance on the show was in an episode called Decision. Two years later, he returned to Cheyenne, this time in a credited role in the episode The White Warrior. He played Alan Horn, a man who was raised by Native Americans after his parents were killed.

In 1959, Landon landed his first starring role on TV at age 22 on Bonanza. The show topped the Nielsen ratings in its sixth season and remained in the top slot for the next three years. Landon’s presence was resonating with Bonanza fans in a big way – he received more fan mail than any other cast member on the show.

Bonanza wrapped up in 1973, and Landon went on to star in Little House on the Prairie. The show’s storyline was adapted from Laura Ingalls Wilder’s 1935 book of the same name. The show was an immediate success. Landon took on several roles on the Little House set, including writer, director, and executive producer.

Little House on the Prairie was met with wide critical acclaim and was nominated for many Emmy and Golden Globe awards. Melissa Gilbert played Landon’s daughter, and she developed a close relationship with Landon, especially after her father passed away when she was 11 years old.

Landon was known for forming close relationships with cast and crew on his set and was seen as a father figure by many. Melissa Gilbert said that she spent many weekends at Landon’s house with his family. Of her time with Landon, Gilbert said in a 2015 interview with That’s Entertainment, “He gave me so much advice…the overall idea that he pounded into me, from a little girl, into my brain was that nothing’s more important than ‘Home & Family’; no success, no career, no achievements, no accomplishments, nothing’s more important than loving the people you love and contributing to a community.”

After eight seasons, Little House on the Prairie switched directions. While the show itself officially ended, a spinoff series, Little House: A New Beginning continued to focus on the family and the community. While Landon was not a regular in the series, he acted from time to time as a guest and served as the show’s producer, writer, and executive director.

Beginning in 1984, Landon starred as Johnathan Smith in Highway to Heaven. He played an angel on probation, and it was his job to help people to earn his wings. Landon’s co-star, Victor French, also starred with Landon on Little House.

While Landon was known for his acting, writing, directing, and producing chops, he was also a committed humanitarian who believed in treating people fairly, and who advocated for the rights of all Americans. Landon brought disabled people and cancer patients to the set of Highway to Heaven and hired disabled people to work as writers on the show.

Landon wrote and directed Sam’s Son, a coming-of-age film loosely based on his life. The film was released in 1984 and was the only feature film Landon ever created. He produced the film independently and even made a cameo on screen.

Toward the end of his life, Landon became frustrated as rumors swirled the tabloids concerning his health. On April 5, 1991, the actor learned that he had been diagnosed with pancreatic cancer and that his cancer was inoperable. A month later, Landon appeared on The Tonight Show Starring Johnny Carson to discuss his illness. He condemned the inaccurate stories about his condition and asked fans to pray for him.

Landon died on July 1, 1991, in Malibu, California. While Landon is gone, his memory lives on. Michael Landon, the Father I Knew, was a made-for-TV movie written and directed by Landon’s son, Michael Jr. The movie aired on CBS in 1999.

Landon left a legacy that will not be forgotten. His headstone reads, “He seized life with joy. He gave to life generously. He leaves a legacy of love and laughter.” Those who worked with Landon remembered his ability to help others feel safe, his natural paternal nature, and his fearless approach to life.

Watch his last appearance on The Tonight Show below.