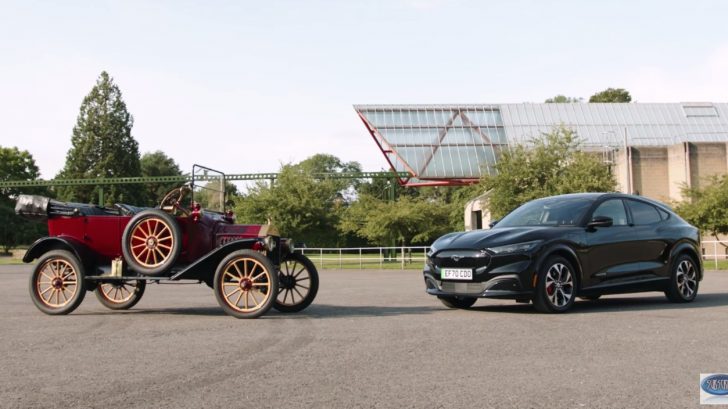 When he was just 10 years old, a now-101-year-old British man drove the first Ford ever made, the Ford Model T. Now, nearly a century later, he’s taking the all-new EV for a spin.

“It was exciting to get behind the wheel of what I expect to see my great grandchildren will be driving.” Mr. Baggott said, according to Inside EVs.

Mr. Baggott said he first learned to drive when he was a kid working on the farm. He drove the milkman’s delivery float around the farm helping perform different duties.

He and his family have owned over 20 Ford vehicles over the years and he still drives a Ford on a regular basis.

To celebrate the latest and most advanced model, the Mustang Mach-E, and Mr. Baggott’s story, Ford decided to give Mr. Baggott a chance to drive it.

With his family members in the car, he took them on a ride from the Beaulieu National Motor Museum to an old village called Bucklers Hard that used to be famous for its shipbuilding.

The 101-year-old said that his main takeaway from driving the newest model Ford was on how quiet it was. Mr. Baggott said it’s a lot different than the Ford Model T car that he first learned how to drive on.

“Since the age of 10, I’ve retained my interest in motoring and today find myself interested in the switch to electrification following the government phasing out the traditional combustion engines I’m used to. I have reminisced about my driving history with the Model T and seen what the future has in store.” Mr. Baggott said.