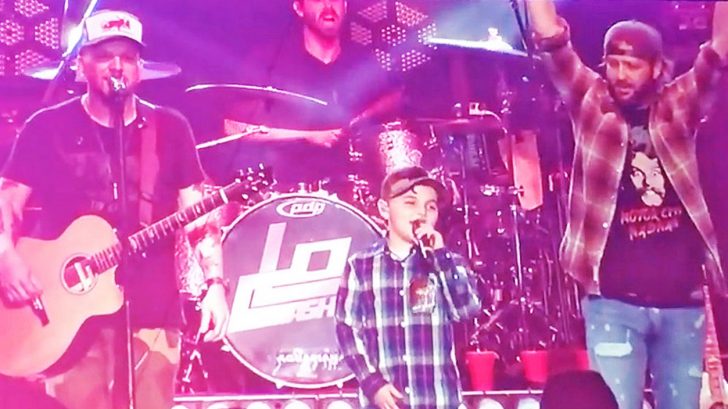 LoCash Is Lovin’ This Life

The past few years have been quite kind to LoCash, one of the hottest duos in country music at the moment.

It all kicked off with their single “I Love This Life,” which was a number two hit on the Country Airplay chart. And it only got better from there.

Following “I Love This Life” came the duo’s next single, “I Know Somebody,” which eclipsed its predecessor’s success.

The song topped the Country Airplay chart and reached the 52nd spot on the Billboard Hot 100, making it an impressive crossover hit.

Both of those songs came off of LoCash’s 2016 album The Fighters, which hit the 14th spot on the Billboard Country Albums chart.

During one of their shows, the duo treated the crowd to a performance of the title track, along with the help of a special guest.

During the show, LoCash noticed a young boy in the crowd and welcomed him on the stage. The ten-year-old boy, whose name is Max, was wearing a plaid shirt and ball cap, looking quite similar to LoCash’s Preston Brust.

We’ve watched country artists bring kids up on stage before, and sometimes the kids are too shy to sing in front of the crowd. But Max wasn’t shy in the slightest. In fact, he was so confident that he instantly ended up stealing the show from the LoCash guys.

The fact that Max is only ten years old and already has such a strong sense of stage presence is quite remarkable. Hey, if the fellas in LoCash ever want to take on a third member, they know who to call!

You can tune in to the clip below to watch Max crash LoCash’s concert. He’s a future superstar in the making!