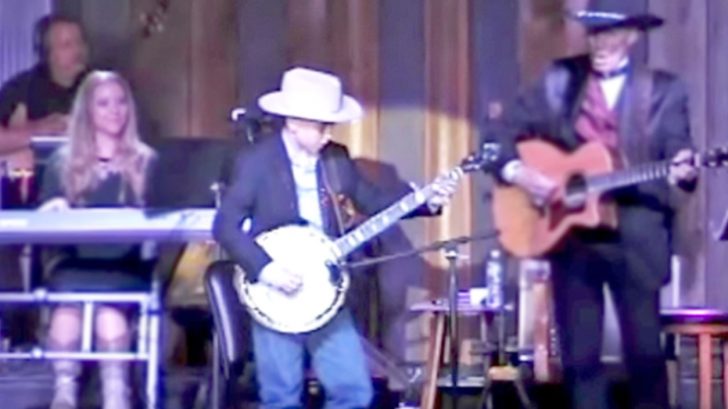 This 10-year-old boy from Marion, Kentucky named Cutter Singleton will brighten up your day.

While performing at the Kentucky Opry for their annual Talent Search, Cutter put his best foot forward with a spot-on rendition of the legendary song “Foggy Mountain Breakdown.”

Playing with people at least two or three times his age, Cutter really stands out with his impeccable banjo pickin’ skills.

“Foggy Mountain Breakdown” is a banjo pickin’ standard that was written by the legendary Earl Scruggs in 1940. It was used in the movie Bonnie and Clyde and was added to the National Recording Registry in 2004.

Scruggs won a Grammy for a live performance of the song on The Late Show with David Letterman, featuring several well-known musicians including Vince Gill, Steve Martin, and Paul Schaffer in 2001.

Cutter’s performance earned him first place in the Instrumental Division and won him the People’s Choice Award. Clearly, everyone loved his performance as much as we do!