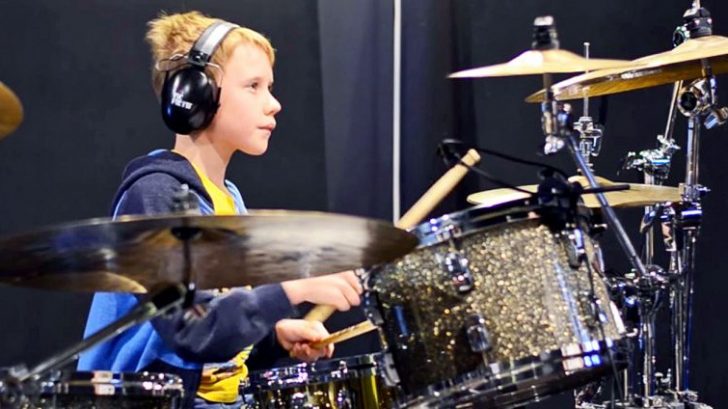 When Kid Rock constructed his 2007 single “All Summer Long,” he had to have known it was going to be a hit. After all, the song samples Lynyrd Skynyrd’s “Sweet Home Alabama” and Warren Zevon’s “Werewolves of London.”

But Rock could not have anticipated how much of a smash “All Summer Long” would become following its release. The song tore up charts in multiple genres, including country and Southern rock, and was a hit in countries around the world.

The popularity of the song intensified when Rock released its official music video. Overall, the song and the video scream “summer,” making you think back on fond memories you have of summers from years past.

You see, Groves is already heading down the path to become the next big rock and roll drummer. He’s taking lessons with Wright Drum School, which features its students on its YouTube channel. Groves had the task of tackling “All Summer Long” for one of his videos, and he did so with gusto.

As we watched how Groves was in complete command of the drum set, we found it hard to believe that he’s only ten years old! He was jammin’ out like a pro, and ended up delivering a sizzlin’ cover of Rock’s steamy summer tune.

It’s such a joy to watch someone so young with a passion for music! You can watch Groves perform his drum cover of “All Summer Long” below. Keep rockin’ little guy!