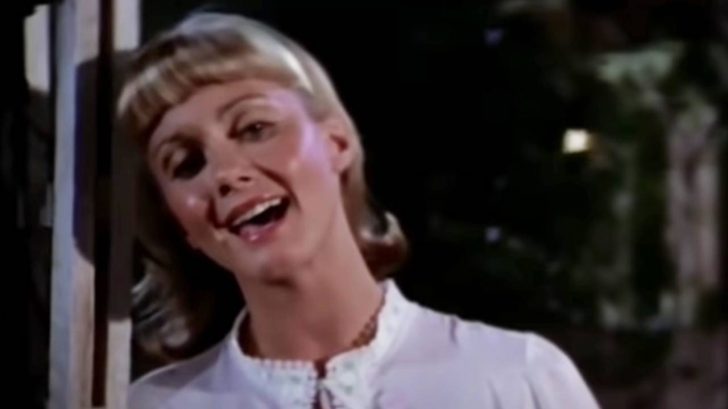 Olivia Newton-John has had many hits climb the Billboard charts during her decades-long career. Her music has charted in many different countries and has had several #1 hits in different. Her second single ever released, “If Not For You,” charted at #1 on the Adult Contemporary Chart in the United States.

Since her 1960s debut, she has become one of the world’s best-selling artists of all time, selling over 100 million records worldwide. Despite all her accolades and chart hits, she had yet to have a song hit #! on any country chart while she was alive.

She got close in 1974 with “I Honestly Love You,” which hit number six on the Hot Country Songs chart.

And again a year later with “Have You Never Been Mellow.” That single topped out at number three on the country charts.

In 1977, Newton-John’s smash-hit movie Grease included a brand new song, “Hopelessly Devoted To You.” It reached number three on the Billboard Hot 100, number seven on the Adult Contemporary chart, and number 20 on the country chart, her fist Top 20 hit in over two years.

Newton-John sadly passed away from a years-long cancer battle recently. Her death was announced on August 8th by her husband, John Easterling.

Since her death, tributes of people singing “Hopelessly Devoted To You” have surfaced and in turn, people have been playing (and buying) Newton-John’s version of the song. Because of this, the song has hit number one on the Country Digital Song Sales chart, according to Yahoo! Entertainment.

Not only did it go #1 on that chart, it was the 4th highest-selling song of the week!