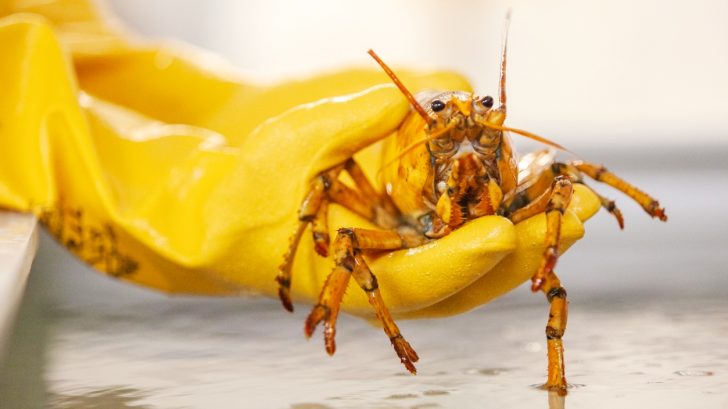 According to a press release from the University of New England, a fisherman traveled 100 miles across the open sea to donate a rare yellow lobster to the Marine Science Center.

“After working Wednesday, Marley insisted on driving Banana all the way down from Tenant’s Harbor to drop her off,” lab coordinator and chemical hygiene officer in the School of Marine and Environmental Programs, Lindsay Forrette said.

The school gladly accepted the “1 in 30 million” yellow lobster from the fisherman later identified as Marley Babb who was happy they wanted her. The lobster weighed about a pound and a half and they decided to name her Banana.

“UNE has cultivated strong connections with lobstermen and Maine DMR,” Charles Tilburg, director of the school said. “It was through those connections that Markus learned about Banana and Lindsay was able to coordinate with Marley from there.”

Lobsters naturally have red or blue shells but sometimes they do have yellow ones. However, lobsters with yellow shells don’t normally last that long in the wild.

It’s rare to see them grow as big as Banana because the yellow shell lobster’s lighter color makes them more vulnerable to predators and they die younger. Experts say that the yellow shell is the result of a condition known as leucism.

Banana is expected to live out a happy life safe from preditors in an aquarium at the science center.